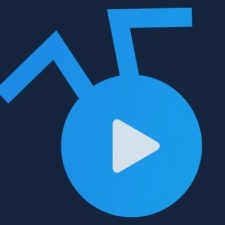 The figure raised was not disclosed. A look at the UK Companies House shows that Tencent’s president of international partnerships for Europe Jurgen Post has been appointed as a director for the company.

Antstream is a subscription-based streaming service that currently offers more than 2,000 retro titles through its platform. Its fully licensed titles are accessible across smartphones, tablets, Mac, PC, Xbox One, Nvidia Shield and Amazon Fire Stick. Other platforms will all be supported in future.

Prior to this investment round, Antstream conducted a successful crowdfunding campaign on Kickstarter on April 9th and raised £70,301 ($87k) from 861 backers. Post joined as a director on April 16th, though this may not have been in a Tencent capacity.

We’ve reached out for clarification on the terms of the investment.

“Streaming is the future of gaming and the feedback we have received from our fans and early adopters has proven the point, they love it,” said Antstream CEO Steve Cottam.

“We are truly privileged that Tencent recognised our potential by investing so early in our journey. The company is synonymous with gaming and we are proud to be part of its family. Tencent has given us an incredible endorsement of our plans at Antstream Arcade, and we are delighted to lean on the support of its team as well as Hambro Perks to bring the joy of retro gaming to modern devices and new audiences.”

Looking for investment for your own project? Then sign up for the Investor Connector at Pocket Gamer Connects Helsinki on October 1st and 2nd.