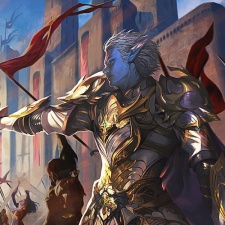 South Korean developer NCSoft's Lineage 2 M has generated $152 million in revenue during its first three months of release, according to Sensor Tower.

Launched exclusively in the developer's home country, the MMORPG has become the top grossing title in the franchise.

Google Play users made up the largest portion of spending at $128.3 million or 84 per cent of the total, while App Store players picked up the remaining $24.5 million or 16 per cent.

Lineage 2 M is the latest entry in the popular South Korean Lineage franchise, with previous mobile entries accumulating more than $4 billion in user spending during the same time.

Since launching in October 2019, the game has managed to earn 1.6 million downloads.

Google Play again accounted for the majority of installs at $1.3 million or 79.6 per cent of the overall number, with the App Store making up 323,000 downloads or 20.4 per cent.

The average revenue per download equates to an impressive $97.60 per player.

NCSoft previously stated that it was looking to accumulate more revenue from its legacy RPG franchises on mobile after sales declined in mid-2019.