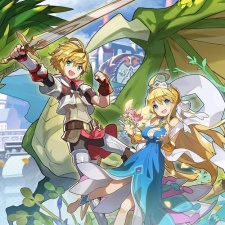 Published by Nintendo, Dragalia Lost has gone on to make quite the impact considering its a new IP altogether. So much so, that the game has pushed its way to the fourth spot for top-grossing Nintendo mobile titles, behind the likes of Animal Crossing: Pocket Camp, Mario Kart Tour and Fire Emblem Heroes. The latter of which has now earned $778.5 million.

The largest country for Dragalia Lost's revenue was attributed to Japan, which accumulated $74.3 million - equalling more than 50 per cent of the overall number. Second spot went to the US which contributed $37.9 million or just under 26 per cent, while Hong Kong residents claimed third at $17 million or 11.6 per cent.

It's worth noting that Dragalia Lost was originally launched on September 27th, 2018 across Japan, Taiwan, Hong Kong, Macau, and the US. It wasn't until January 2019 that the game began making its way to further territories, such as the UK, Canada, Australia, New Zealand and more.

So far, during its two-year life span, Dragalia Lost has racked up 3.9 million downloads from both the App Store and Google Play.

The US claimed the biggest portion of installs at 1.5 million or 38.5 per cent of the overall total. Japan then followed in second at 1.4 million or 37.5 per cent, while Taiwan ranked at third with 448,000 or 11.6 per cent of all downloads.

App Store users accounted for 2.1 million installs or 54 per cent, with those on Google Play then making up the last 1.8 million downloads or 46 per cent.

Dragalia Lost's average revenue per download stands at approximately $38, quite a respectable figure.