The company has been accused of infringing on the rights of Mobile Legends: Bang Bang by Moonton 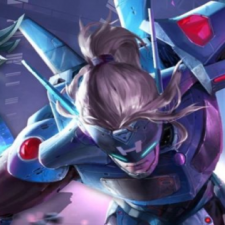 Moonton, a subsidiary of Bytedance, allege that Tencent has infringed on the rights of its hit game Mobile Legends: Bang Bang.

Moonton and Tencent have been at loggerheads for some time, going to court in October regarding a defamation case filed by Moonton, who accused Tencent of spreading false information about Mobile Legends: Bang Bang, with the judge finding in Moonton’s favour and ordering Tencent to pay $31,000 in damages.

The alleged infractions to be discussed in court include authorship, reproduction, and communications.

Mobile Legends; Bang Bang has become one of the most popular games in Southeast Asia, which is a quickly expanding mobile market. The game helped Moonton become one of China’s most successful game studios internationally. This led to an acquisition bid, with Tencent being outbid by rival ByteDance as part of its bid to expand into gaming.

In turn, Tencent subsidiary has filed its own copyright suit against Moonton, claiming that Mobile Legends: Bang Bang plagiarizes elements of League of Legends: Wild Rift.

Can there only be one?

China remains one of the largest mobile-first markets in the world, despite recently imposed restrictions, and many of these companies are in direct competition with one another. As such, companies looking to further their expansion may take action against each other. In this case, Moonton’s explosive growth represent a new and credible threat to Tencent’s market share.

Compounding the issue is the fact that Moonton co-founder Xu Zhenua was employed by Tencent at the time of Moonton’s founding, and faced a $2.7 million lawsuit for violating a non-competition clause in his contract.

Earlier today, we wrote that China is due to see a market slump, and is forecast to drop out of the top ten fastest-growing digital economies. As such, regardless of who comes on top in this case, both companies could see significant losses in the coming years.