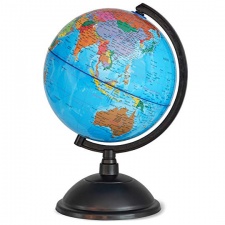 This is a guest column from Sven Lubek, the MD of boutique gaming studio WeQ STUDIOS.

More competition, as well as higher development and marketing costs, mean that developers and publishers need to adapt their strategy when it comes to developing, testing and launching games in new geographics.

A key shift in the process entails for localization to be considered at the early stages of development and not kept for the last phase (traditionally external testing).

Gone are the days when rolling out the same game in different countries was the norm: game design is now a pivotal element of localization.

Combining a knowledge of UA and gaming design, below are the key points to consider when customizing your mobile game by geography.

Use cool design and creatives to encourage installs

One of the biggest challenges is adapting to the cultural differences of various markets, as what is appropriate in the western markets may not be in Asia.

Understanding what works is critical, as there is no one-size-fits-all. For instance, scaling with videos created for American audiences wouldn’t work with Asian markets.

Aim to have very creative and dynamic UI within apps to stand out and encourage installs.

Also, designing games and creatives for ads are incredibly different: your challenge is understanding what is different and why. Aim to have very creative and dynamic UI within apps to stand out and encourage installs.

From a mobile advertising perspective, you will need to adapt quickly, as content needs to be created and put into action over an incredibly short period of time. Getting it right can be challenging, especially with hyper-casual games.

Most importantly, both design and advertising need to feel native.

Switch your mindset and speed up the process

Your mindset towards the creation process needs to be flexible, as you’ll need to be continuously evaluating new games. You can revamp your internal processes by implementing more rigorous evaluation at multiple stages of development.

Keep testing until you get consistent and positive results, then localize later. Bottom line? Start with a mental shift and apply it to your design processes - embrace the excitement that comes with the uncertainty.

From the Bench Games, who followed these steps:

APAC is the new frontier

Western gaming companies are increasingly investing in the Asian continent, and it’s easy to see why.

APAC is a market growing both in downloads and revenue, which generated an estimate $71.4 billion, or 52% of total global game revenues - compared to North America, the second-largest region after APAC, worth $32.7 billion in 2018.

While the world’s mobile gaming population is expected to rise from 2.2 billion in 2018 to over 2.7 billion by 2021, China alone counts 459 million total mobile gamers—the equivalent to the U.S and Japan’s populations combined.

Moreover in 2018, China’s mobile gaming market accounted for more than 25% of global revenue. The Japanese gaming market is the third largest in the world in 2018 (behind the United States and China), growing +15% year on year to $19 billion.

Before you tap into any geography, it’s vital to do your research, as players have different preferences not only with design style, but also formats. For example, in the US players like simulation games (SLG) and Player versus Environment games (PvE) where they can play with their friends. For mobile, casual games and Aeria games are preferred.

In APAC, RPG games are the biggest hit. In Japan and China, which share cultural similarities, they prefer animation genres such as Girls' Frontline and AZUF Lane.

On the other hand, Chinese companies aiming to break into the west tend to present Chinese traditional culture combining local cultural elements that resonate with international players' feelings. For example, players can create characters with more Western looks. Based on research, most Chinese games that fare well in the western markets like the US and EU are set in a magical world or the Middle Ages.

As an example, let’s take a look at two games of the same genre - dating/story-based games - within different markets and how their aesthetic is linked to popularity.

Mystic Messenger is a South Korean female-oriented visual novel game developed by Cheritz. The design of the game is decidedly APAC-influenced. As a format, it takes the style of a chat - which is the platform of choice for Koreans and Chinese users (think of Kakao or WeChat).

Compare it to Choices: Stories You Play by California-based Pixelberry Studios. Here, the game design is geared towards a western audience, with RPG aesthetics. The style reads more like a graphic novel.

Both games are vastly popular in the US, which is their top market, accounting for around half of their total downloads on the app store (Mobile Action).

APAC gamers tend to become very loyal to games with quality localization, so it’s important to get it right.

However, Mystic Messenger counts 3 APAC countries - South Korea, China and Singapore - in their top 10 downloads for the App Store, while Choices only counts India in the 10th place but is a bigger hit in Europe and Canada.

APAC gamers tend to become very loyal to games with quality localization, so it’s important to get it right.

Keep in mind overall costs and make sure to budget these, as you’ll ideally employ a video game translating company or localization testers to avoid pitfalls.

Below are some key design localization tips to consider:

Casual game Archero, developed and published by Singaporean studio Habby in June, can be seen as a success story for doing localization right.

It is a simple archery game where the goal is to use a bow and arrow to defeat monsters. As you rise through the ranks, you collect new skills and equipment that make your hero stronger in the fight against evil.

The powerful combination of simple, yet intense gameplay; combined with beautiful graphics and the right amount of RPG mechanics, rendered it a hit globally.

A key element of localization is the balanced use of RPG elements (eg. having the possibility to evolve the hero, learn new skills, etc.): while Asian games use profusely, here it is pared back, rendered it a hit with players in both western and eastern markets.

As a result, the game grossed over $8.5 million in its first month and 10million downloads (Data Magic). See below the 10 countries for downloads since its release on the App Store and the revenue by country (Mobile Action).

What’s more impressive is that Archero achieved global success without relying on interstitial ads for monetization.

Instead, the developers focused on providing an exciting experience for gamers and to invest in localization.

As part of their strategy, they also focused on social and ran ads on Instagram in the US, which accounted for nearly 50 percent of the game’s ad impressions on iOS (Apptica).