GameRefinery takes a look at the top mobile games in China 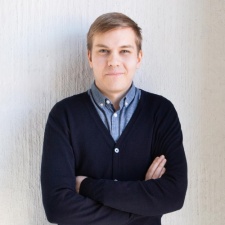 The coronavirus outbreak continues to disrupt the globe, and its shockwaves have been felt in the mobile market as well. In China, where the population has been encouraged to confine themselves to their own homes, this has resulted in an increased demand for indoor activities such as home aquarium fishing, living room marathon running and, of course, mobile gaming.

While we’ve seen a rise in usage for games across the genre spectrum, what’s really interesting to see is the upsurge of mahjong and doudizhu (a popular Chinese card game) games in the top-grossing ranks. One can theorize that since people are unable to engage in these popular pastime activities face-to-face, mahjong enthusiasts have had to opt for virtual experiences instead.

The other game that’s been hitting headlines on a more global level is Plague Inc, which had to put out a warning for consumers not to use it as an accurate scientific model for predicting how the virus may spread.
Here are some charts to show the rise of these games in their respective markets

The three Mahjong titles below have all seen an impressive rise in downloads and revenues with a 660% rise in downloads in one title, Sichuan Mahjong, that also made its first-ever appearance in the top 200 grossing titles on iOS in China.

Contrary to what one may believe, there is clearly an appetite from Chinese consumers to play a game such as Plague Inc. On iOS alone, the game has also seen an incredible rise of over 800% in downloads and 244% in revenues.