The World Cup proved to be a popular subject for events, while a Square Enix collaboration with a TikTok star failed to engage audiences 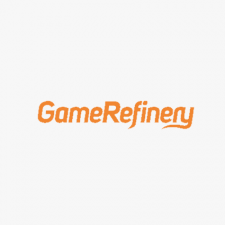 GameRefinery has released its analysis of the mobile market in November, showcasing the industry’s successes, and identifying areas where companies have struggled.

The month saw several games collaborating with major brands and celebrities as they explored new monetisation channels and sought to increase user acquisition. Games such as Call of Duty Mobile, PUBG Mobile, and Mobile Legends:Bang Bang leveraged the ongoing FIFA World Cup with collaborations between some of the world’s biggest footballers, including them in the games as skins and avatars. This was particularly notable in America, where World Cup content overshadowed Thanksgiving, one of the country’s major holidays.

In perhaps the most unusual crossover of the month, War of the Visions: Final Fantasy Brave Exvius launched a collaboration with TikTok star Addison Rae, including her as a vision card prior to her release as a unit in 2023. This collaboration was likely conceived with user acquisition in mind, as Rae has over 88 million followers. However, the effects so far have been minimal both in terms of revenue and downloads, suggesting that Rae’s fans aren’t engaging with the game as much as the company would have hoped. However, Square Enix has signalled its interest in future collaborations with the addition of a dedicated in-game chat channel.

My Hero Academia: Ultra Impact also saw success with its 1.5 anniversary update, which introduced a new mode: Case Files. This mode imposes a limit of one use per run on each team of heroes, meaning players have to experiment with new parties and upgrade more characters to earn the rewards offered.

Mahou Tsukai no Yajusoku also celebrated its third anniversary, celebrating with an event which included 16 limited-time gacha events. This event was a massive success with players, and led to the game’s revenue increasing by over 1000 percent.
In China, Westward Journey online celebrated the 20th anniversary of the original PC game’s release with a chivalry popularity contest, as well as a World Cup tie-in event which caused a surge in revenue.

Sky: Children of the Night saw perhaps the most interesting crossover event of the month through a collaboration with Norwegian singer Aurora, collecting spirits who would tell a story written, and narrated, by her. Later this month, Aurora will also feature in an in-game concert within the title.

Goddess of Victory: Nikke celebrated one of the strongest debuts of the month, reaching the top 5 in Japan’s highest-grossing charts, mirroring that success by reaching the top 30 in the US top-grossing charts. Within its first month, the game generated $70 million in revenue, beating out both Diablo Immortal and Genshin Impact