This week we consider football, Japan, and whether we are living in (Back to) the Future 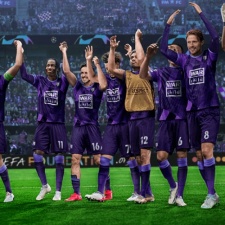 Japan’s often considered one of the major hubs of video gaming, and some of the biggest game makers in the world call the country home, but the country is somewhat slow to adapt to mobile technology. Hypercasual games dominate the download charts globally, but Japan's session time speaks for itself: Japanese gamers spend only 1 percent of their time on the genre, compared to 17 percent on RPG or action games. It’s clear that the download rates aren’t enough to compete with the popularity of other, more “prestigious” titles, many of which have local roots.

Hypercasual games may lead download charts worldwide, and generate an enviable amount of revenue, Download rates in Japan fall in line with global trends, the simple fact of the matter is that these rates aren’t reflected in sessions. The report shows that Japanese players are more likely to spend their time on more involved experiences than hypercasual games can offer, less a distraction than a serious endeavour.

This isn’t to say that hypercasual game makers should divert their attention from Japan entirely, as the genre is still seeing downloads in huge numbers. However, developers and publishers hoping for long-term retention and an engaged fanbase in Japan would do well to consider other genres.

Apple’s own Apple Arcade launched with a boom a few years back, but after a year it had all started to go a bit quiet. People even stopped asking big questions like 'How much did Apple paid for that mobile exclusivity?', 'How long are the clauses in effect for?' or 'How are the active users and engagement?'.

In fact, people have perhaps been too busy talking about Xbox Games Pass, and Netflix’s recent endeavours in the same space to even think about Apple’s. Indeed, Microsoft and Netflix have been playing to recent trends (New Studios / Acquisitions) stronger than most of last year’s big players.

But, Apple has landed an absolute blinder. They’ve secured Football Manager 2023 Touch for their Apple Arcade service. Is this a win for Apple? Almost certainly (although it’s definitely a win for SEGA, who are also distributing through Xbox & PC Games Pass). Football Manager is one of the silent monoliths of PC gaming, at the time of writing there are over 90,000 people playing the series on Steam, and yet it remains highly undercelebrated. There's something else too: There are two Football Manager entities on mobile this year (as there was a few years back) Football Manager Touch - the topic of this piece - which is a full-fat version of the game, and Football Manager Mobile, which is trimmed down into a more compact version.

Last year Touch was exclusive to Nintendo Switch and had no presence on phones, for it now to be back and exclusive to Apple Arcade is absolutely massive news. Notably, last year the Football Manager 2022 Mobile AppStore and Google Play listings stated that the mobile series had over 8.8 million sales to date. That the full-fat version of the game is now exclusive to Apple devices when it comes to mobile-phones and tablets is no small deal.

While it was always suspected that Apple’s Apple Arcade service was a tool to keep ‘premium’ quality games on the platform, and to prevent a total collapse of that in the face of F2P, this is an absolutely massive steal for them. They've taken something that - assuming they didn't buy it out from under Nintendo's nose (in which case, wow!) - was likely going to release on mobile anyway and made it exclusive. A very bold and ambitious capture, and one to Google and Nintendo's detriment.

I’m really interested in this as a subject from a socio/psychological perspective, as adverts in games (and other media) have long been a source of much ire for many people, myself included. Whilst I tolerate them if they mean I don’t have to spend money to progress within a game, they are a constant source of irritation. Intrinsic ads, however, are sort of ‘fun’, in a nostalgic “oh wow, we really are living in Back to the Future now” sort of way. I will still make a conscious effort not to buy anything I’ve seen in an advert, because I’m stubborn like that, but the beauty of intrinsic ads is that half of the time, you don’t even realise that the reason you’re craving chicken is because of some carefully placed tidbit in the game you were just playing.

The next logical step is to go subliminal, which is obviously not something I’d advocate (and surely won’t happen until we get a few strides further into the dystopian future that we all know is coming). Joking aside though, it makes complete sense that players are responding more positively to this type of advertising, and personally I think it’s the right direction to allow for a more seamless and less frustrating gaming experience.

You’ve got to hand it to them. Rather than give up and let others be the ‘Netflix of games’, the actual Netflix of games (aka Netflix Games) isn’t shy about righting the ship at every possible turn.

While the likes of Meta robotically get on with the heads-down gruelling invention of the metaverse (while the rest of social, games and Web3 hurl shit their way) Netflix – in their attempt to make Netflix Games ‘a thing’ – gets off far more lightly. Instead they’re allowed to flounder, fret and spend, spend, spend their way out of trouble without anyone crying foul.

Why? It’s because rather than heap on mistake after mistake (pricey headsets, badly designed services that nobody wants or uses, a revolving door of staff and frankly embarrassing end results) Netflix are actually working hard to get things right.

Buying Spry Fox – the developer behind Alphabear, Triple Town and Cozy Grove – and – potentially – letting them loose on a raft of Netflix-owned IP is a smart move and one that we approve of.

Here’s hoping the good decisions (and great games, and ever improving service) continue.

Now, if only they could successfully convey the fact that yes, you DO have access to Netflix games if you have a Netflix account… AND here’s the non-gamer fool-proof way that you make them appear on your phone… Now THAT would be something.

For many games, just having significant user bases isn’t enough, by spreading into other mediums they diversify their revenue and increase awareness of the game itself. League of Legends, Fate Grand Order and more have all pursued this to great success recently, and that's before we even talk about crossovers.

For those games, their world is a big part of their brand and their appeal. League of Legends made a big splash in the mainstream with the release of “Arcane”, and Fate’s media presence is predicated heavily on its anime releases. It’s no surprise then that Jagex wants to push RuneScape into other mediums.

I’m only surprised that it took them this long. There was a short series of books released by Titan in the late 2000s that were set in the RuneScape world, but while the game itself has an enduring pop culture presence, its world hasn’t had quite the same impact. If Jagex can get Titan to make Gielinor as iconic as Azerot, or Piltover and Zaun, they could capitalise on the influx of a new audience and sell to a whole new one.