The PocketGamer.biz team reflect on a week of hot new games, success stories and legal worries… 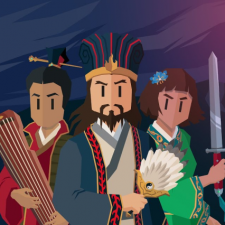 Here's our Week In Views for the week November 28 to December 4.

The mobile gaming and traditional publisher situation is weird, right?

All of the biggest mobile publishers also tinker in PC & console spaces, and over the years ‘traditional’ non-mobile publishers like EA, Activision-Blizzard, Ubisoft and Take Two have bought their way into the mobile space with Future of Games London, Zygna, King and - in ancient news - Popcap acquisitions. But under that top layer of publishers there are a few more layers, all the way down to self-publishing, and there's normally much less involvement with mobile in that space.

When it comes to new trends, it’s always worth watching what those in the middle do. They’re the ones who show that the ship is actually turning, they’ll follow the audience and they’ll often also follow the money. As such, it’s been very interesting to watch Devolver and how they’ve been handling the trend of subscription services over the last while - most specifically the mobile ones.

Devolver have leaned into mobile in a few ways, perhaps more than most. They’ve been occasionally dipping their toes into the wider mobile market over the last few years, with a handful of titles (My Friend Pedro: Ripe for Revenge, Okhols: Sigma and Swords of Ditto) releasing as premium titles across the two major AppStores. But, they’ve also been diving into the subscription services. They were an early backer of Apple Arcade, and have over half a dozen games on the service, induding a nice Game of Thrones tie-in, + versions of Reigns and GRIS, as well as Reigns: Beyond.

GRIS+ was their last release on the service, back in late September, but Devolver are also racking up releases on Netflix. A three game deal was announced back in June, for Poinpy, Reigns: Three Kingdoms, and Terra Nil, and based on the early success and acclaim of Poinpy, it wouldn’t be ridiculous to see them extend that deal.

Looping back around though, rumours put Apple Arcade's userbase at 9 digits, and Netflix have reported 222m users on their service, both of these promise the audience, and there's no doubt that Netflix and Apple have the money, so it begs the question, why wouldn't you take the bait - and why aren't more of ‘those in the middle’ being targetted like this? And does it take this much targeting for subscription services to keep shifting toward being the norm?

In an era when games aren’t so much finished and then released as ‘made not to crash’ and then infinitely ‘prototyped’ there’s something heart-warming about the careful, thoughtful and thorough way in which Innogames have nurtured their enduring hit Forge of Empires.

FoE is now, incredibly, over ten years old. Games come and go, launched to a fanfare one minute and quietly canned the next. The assumption is that an audience demands a younger model, DiCaprio-style, at every turn. However, in reality, perhaps they’d prefer something that starts off great then keeps getting better?

Forge of Empires not only sustains longterm players who have perhaps loved it since day one, but continues to attract newcomers by virtue of word of mouth, cast iron reviews, and sheer sustained top ten staying power. While Innogame’s rivals shed responsibility and manpower at the first sign of trouble – ever on the hunt for easier ‘wins’ elsewhere – the FoE team plays the long game and reaps the rewards. And in this day and age we shouldn’t be throwing the whole razor away. Just change the blades.

At a glance I’d say this is one story which caught my eye. Todd Howard has often gotten a bad rap for his Molyneux Esque habit of overhyping. Although most people can really only point to the infamous “See that mountain? You can climb it” quote as an example. However, I don’t think you can fault Bethesda for ambition. Howard is passionate about games that much is clear, but with the constant re-releases of Skyrim, and no sign of a new Elder Scrolls for years yet, to many it feels like they’re spinning their wheels despite other efforts.

So far their mobile efforts have been fairly successful, if riffing on concepts that are already firmly entrenched in mobile development itself. However, by the way Howard is speaking about this new game you could be forgiven for thinking this might be the ‘Skyrim’ of mobile games. If you asked me a few months ago what I thought I might’ve brushed it off, but seeing what mobile has to offer now, it has me intrigued. Is this going to be bigger in scale? A full premium game maybe?

Now of course this could just be PR speak, or it could be an indication Bethesda wants to push their way into mobile with something big and bold that attracts players from their console and PC audience as much as those on mobile. Maybe it’ll just be a Fallout or Elder Scrolls gacha? Maybe it’ll be the equivalent of what Skyrim was for seventh-generation consoles? It’s cliche but, only time will tell.

Tencent went to trial earlier for copyright infringement earlier this week as part of its ongoing feud with Moonton. Both companies have accused the other of plagiarising elements of their games, and Tencent recently lost a defamation case against its rival, which accused Tencent of spreading false information about Mobile Legends: Bang Bang.

As the old adage goes, what goes up must come down. Tencent is the world’s biggest games company and, while there’s certainly nothing stopping the company from further growth, at least in theory, recent regulatory changes in China, the worldwide economic downturn, and the normalisation of the gaming market following the bursting of the covid bubble has had a notable effect on the company’s profit, recently losing its status as China’s biggest company.

This lawsuit feels as much about status as profit. Every company wants to be number one, and Moonton represents a growing threat, and one Tencent has repeatedly attempted to take down, whether it’s through lawsuits or acquisition bids.

Who’ll come out on top? That remains to be seen. The company has previously found in Moonton’s favour, which implies precedent, but that was in a totally different case. The only thing that remains certain is that Moonton has become a credible, and growing, threat to Tencent’s market share.

Brian Baglow Managing Editor Brian has been working in the games industry since the mid-1990s, when he joined the legendary studio DMA Design, as a writer on the original Grand Theft Auto. Since then he's worked with major publishers, founded his own digital agency, helped numerous startups with PR, marketing, communications, narrative design, branding and making money. Back in 2004 Brian created the Scottish Games Network, the industry body for the country's videogames sector. He also lectures at Napier University on the transformative power of interactive media on the creative industries, is a board member of Creative Edinburgh, and helps to organise games, tech and creative industries events. In his spare time he plays videogames and is usually, proudly, at least one generation behind the cutting edge consoles.

UK and Germany on course to contribute over $12.1billion to global games market

Are UK gamers starting to take mobile games more seriously? According to the recent report from Newzoo, the UK’s ongoing love affair with consoles may be in decline. We’re not talking a messy divorce, nor even a sad dissipation into indifference, but the signs are there that mobile might just become the new favourite for UK gamers.

As someone who talks to a lot of developers, there’s still a tendency in some parts of the UK’s games community to see consoles as the home of ‘real’ games. The mega-franchises and triple-A titles are the ultimate expression of design and development genius.

Mobile can sometimes still be seen as a johnny-come-lately interloper which - to quote several hilarious YouTube channels - ‘are killing the games industry’. While you and I know that mobile is not only the pioneer when it comes to new experiences, business models and audiences (the next billion gamers in the world aren’t coming to the Xbox…), for some creators out there, mobile is yet to be trusted, with it’s free-to-play malarky and need for data, monetisation and knowing what MAU means.

With consumer demand growing, could it inspire the development community in the UK into a new period of creative frenzy, in a similar way the home computer revolution of the 80s did?