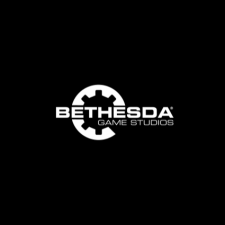 Bethesda Game Studios CSO Todd Howard has revealed that the company is working on a new mobile game in the newest episode of Lex Friedman’s podcast, reports Gamedeveloper.com.

“We have a new mobile game that we’re working on that we haven’t announced yet that I am in love with,” said Howard.

Howard stated that the new game would offer a more substantial experience than Bethesda’s previous mobile titles, however Howard declined to announce any other information, such as the game's title, genre, and release fate.

Historically, Bethesda’s mobile efforts have all been based on existing IPs within the company’s portfolio. Working with an established IP can help generate revenue as established fans of a given franchise or title may be inclined to look into it. As such, it’s possible we can expect a midcore title based on one of Bethesda’s titles.

Bethesda’s parent company ZeniMax was acquired by Microsoft for $7.5 billion in 2021. Microsoft has steadily been increasing its gaming acquisitions over the past several years, and as the owner of popular licenses such as Fallout, The Elder Scrolls, and Dishonored Bethesda brings numerous popular IPs to the tech giant’s portfolio.

Microsoft has been making increasing moves to enter the mobile gaming market, citing the strength of Activision Blizzard’s mobile offerings as a prime reason for its ongoing attempts to acquire the developer. As such, Bethesda’s announcement fits in well with what we know of Microsoft’s business strategy.