Not immune but Finland has given GamerGate the cold shoulder 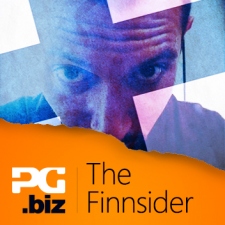 It was maybe inevitable given the tiresome long tail of the GamerGate saga, that Finnish rooted eyes and fingers feel compelled to add comment. All readers of this column are likely well aware of what GamerGate is all about so a summary is not necessary. But why cover it so late?

Well, aside from the geographical distance from the UK, Finland is also remote in terms of games industry drama.

I’ve mentioned before that the F2P success of Finland can perhaps be attributed to a less toxic atmosphere than encountered in Britain.

While the British and American gaming communities seem compelled to work themselves into a froth about anything (see any popular gaming site’s comments box anywhere), Finns are quieter, calmer and less prone to potentially embarrassing outbursts, both in person and online.

Could this, coupled with the more established and gender equal society (Finland is currently ranked behind only Iceland in terms of gender equality worldwide) be a reason why GamerGate has barely registered a discussion here?

“Media in Finland has covered GamerGate almost exclusively from the 'it's a hate movement, plain and simple' POV, with only a few journalists giving GG's claimed agenda more than a cursory mention,” he says.

Is it possible also to assume that the distance from the saga makes it less personal, something that couldn’t really happen here? After all, there don’t seem to be any high profile harassment cases involving Finns.

“I haven't heard of any female Finnish game developers or journalists really getting harassed, so it may also be a case of it just not touching Finland and Finnish gamers on a deeper level. From what I gather, most non-gamer people have no idea about GamerGate, although they may have read a piece about some crazy gamers harassing female game developers in the US.”

Regardless of GamerGate being a non-event in Finland, the Finnish arm of IGDA along with the Finnish Game Developers Association and the non-profit industry support organisation NeoGames did feel compelled to issue a joint statement fairly swiftly.

Merilainen continues: “Maybe it says something about Finland, that the most hateful comments I've received on the subject of GamerGate have not come from pro-GG'ers but rather an anti-GG blogger who tore into me when I mentioned in an interview that there had been abuse on both sides of the fight.

“Strangely enough the interview was about me saying that the statement by the Finnish game industry wasn't strong enough as they didn't mention GamerGate by name. Can't please everyone, I guess.”

So far so good. Not only is Finland the supportive haven that’s birthed both Supercell - whose founders recently had their tax bills paraded over the news - and the newest pretenders to the App Store throne, Seriously, it’s apparently immune to sexism. Or is it?

Merilainen uncovered an article that seemed to suggest otherwise. Jyväskylä’s University newspaper ran an article (in Finnish), in which blogger Saara Huttunen revealed she’d been on the receiving end of some awfully familiar sounding online abuse.

The article itself describes both her unpleasant experiences dealing with online hate and misogyny, as well as that of other prominent women in Finnish media. This reflects the unfortunate reality that even Finland isn’t immune to such behaviour. The most telling part of this article is delivered, predictably, in the comments. According the Merilainen the majority of them are pro-GamerGate.

“It's telling that most of the article's comments are accusing her of being a professional victim and so on,” says Merilainen. “There's also 'It's not about her being a woman, just her personality' as well as, and I kid you not, 'GamerGate is actually about ethics in journalism'.”

Misogyny does lurk just beneath the surface, on anonymous message boards and comments sections.

So far so depressingly similar then, even if unexpected.

“I'm really shocked, I had no idea it was this bad here as well.”

Rather than Finland being immune to sexism, maybe the historically pioneering gender equality (Finland was also the second country to give women the vote) paints a picture that Finns simply like to believe about themselves?

“It's surprising indeed that I would've confidently said that it's not really that big of a problem here” Merilainen agrees.

“But looking deeper it does lurk just beneath the surface, on anonymous message boards and comments sections. Many discerning internet users tend to avoid such arenas for exactly that reason, so plenty of sexism and other hate speech goes unnoticed.”

Despite the beautiful, soon-to-be-snow covered exterior and the relentlessly positive press the games industry in Finland has and continues to enjoy, it seems that GamerGate type negativity is inevitable across young men regardless of geographic or political borders.

It might even be suggested that the lack of obvious and more mainstream discussion on this issue puts Finland at a disadvantage compared to other countries like the UK where GamerGate has attracted attention well outside of the industry that in turn has lead to greater awareness of online harassment against women.

One can only hope that online sexism and casual misogyny isn’t as widespread as it has appeared to be in the US and that the typical Finnish reserve extends to those with more enlightened points of view.

An Englishman at home in Finland, Steve has spent the last decade working with data for online gaming, TV and social media. If you donâ€™t have a question, donâ€™t expect to get an answer.

It's not about ethics, it's about hate: The games industry closes the door on GamerGate

Don't make me Angry: Why Rovio is better equipped to ride the mobile wave than King or Supercell

I'm ashamed of progressive game culture, and here's why

Say hello to the Finnish game company you've never heard of, that doesn't exist anymore, and is debuting on Windows Phone