It's not the same, without that premium flame 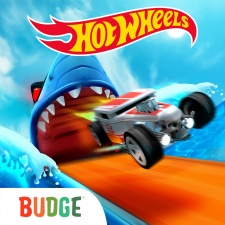 Welcome to The In-App Purchase Inspector - our regular look at free-to-play mobile game monetisation from the consumer's perspective.

In each instalment, we consider how well a developer has designed its in-app purchase retailing to work alongside the overall gameplay and metagame experience.

Canadian developer Budge has been in the mobile games business for over a decade now, so you would think its understanding of how to monetise correctly would be down to a tee. Far from it, unfortunately.

Since the studio's inception, it has frequently licensed known properties - such as Hello Kitty, My Little Pony, Transformers etcetera. - for a variety of games aimed at young children. The issue with a lot of these titles is the overabundance of ads that attempt to get players to invest their hard-earned cash from the get-go, and Hot Wheels Unlimited regrettably appears to follow the same suit.

Let's start with the main premise. Hot Wheels Unlimited has players building courses, racing AI-controlled competitors and unlocking cars for their own mini-car garage. After a set number of tutorial levels, the game opens up allowing drivers to compete in three challenges a day as part of an entry 'Guest Pass' (more on that in a bit).

These challenges are revolved around filling in an incomplete racecourse before speeding through it, or a one-on-one drag race against another racer on a set track. Acceleration is automatic, with touch controls only used for directional input well as utilising the boost button. Players must also tap frantically to pull back the car (like the real-life models they are based on) to generate a quick start at the beginning of a race. It's all simple and easy-to-pick-up, yet not satisfying in the least.

Course Building on the other hand is very fun, though highly limited. You are given a basic set of track pieces, allowing free reign over your own personal space. Having the decision between a lava-filled daredevil course of one that looks like it's in the middle of a metropolitan water park is still cool, no matter what age you are. Best of all, it's rewarding to see it all come together and the UI makes the process painless. There's even the offer of 20 custom tracks available, so no need to play favourites.

However, a major part about Hot Wheels is the actual racing. So when it comes down to it it's equally disappointing that Unlimited isn't difficult in the slightest. AI-controlled vehicles seem solely designed to push players to the limit but never pose any real threat. The system is fixated on wanting you to win and come back for more the next day, and that's exactly what the real crux of the issue is. Without opting for the premium 'Ultimate Pass', there's very little to do in Hot Wheel Unlimited.

Within minutes of booting up the app, Budge bombards you with the offer of the 'Ultimate Pass' for £2.99 ($4.99) a month. A reasonable offer for those that may be truly invested in this ecosystem long-term but nothing within the first three days of playing Hot Wheels Unlimited justified that purchase in my mind.

A one-time premium offer, sure. I'd be more than happy invest to gain access to loop-de-loops, Shark heads and boost pads, all of which would do wonders to change up the formulaic track style to the crazy Hot Wheel days of one's childhood. It seems a missed opportunity to give those nostalgic or new to the series more to be excited about.

Instead, without the purchase of a subscription (note: a free seven-day trial is available), players are forced to opt for the 'Guest Pass', that unlock cars at a glacial pace and drip-feeds mundane track pieces until your tyres lose all grip. Hot Wheels Unlimited's goal seems focused upon wearing the user down until they eventually give in to the subscription model - if they've stuck around that long. It's a free-to-play game without much to play.

There's nothing substantial, nothing that values your time, and nothing that suggests this is little more than a cash-grab. Kids are better and smarter than this. Hot Wheels as a franchise deserves better and as a consumer, we deserve better. A car crash indeed.