The Seattle-based developer is the sixth under the Netflix Umbrella 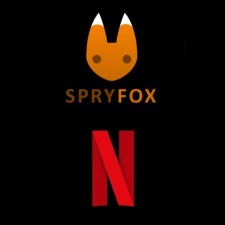 Netflix has acquired Seattle-based indie studio Spry Fox as it continues its efforts to become a leading name in mobile gaming, reports Venturebeat. With this acquisition, Spry Fox becomes the Company’s sixth in-house studio since the formation of its gaming arm in November 2021.

In a blog post, Netflix VP of Games Amir Rahimi stated that Spry Fox's "unique approach to game development and success with titles like Triple Town , Alphabear and Cozy Grove will help accelerate our creative development in another beloved genre and add to the growing variety of Netflix’s games catalog that will have something for everyone."

Spry Fox was co-founded in 2010 by David Edery and Daniel Cook. Despite being best known for its movile titles, such as Triple Town and Alphabear, the company has also created titles for other platforms, such as the PS4 and PC, possibly indicating a possible expansion of Netflix's gaming interests into PC and console gaming in the future.

Jumping into a new acquisition

“When David and I founded Spry Fox twelve years ago, our goal was to create a place where kind, creative people could make beautiful, original games in a supportive environment that brought happiness to the people who played them,” said Cook “After many heartfelt conversations, we are all excited about joining Netflix as an in-house game studio and building amazing games together.”

At present, its unknown whether Spry Fox will create original games or leverage Netflix's catalogue of popular IPs, such as Squid Game and Stranger Things.

"We look forward to creating games with a studio whose values — a relentless focus on employee and player joy — align closely with ours," said Rahimi.  "Our games journey has only just begun, but I’m proud of the foundational work we’ve been doing to build out our in-house creative capacity so that we can deliver the best possible games experience — including no ads and no in-app purchases — to our members as part of their membership."

Last month, Netflix announced the opening of an in-house studio in California as part of its move into cluod gaming.