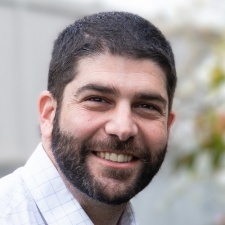 This week, we spoke to Spry Fox co-founder and CEO David Edery, who discussed the formation of the US studio and launch of Cozy Grove on Apple Arcade and Nintendo Switch.

David Edery: Daniel Cook and I became friends while we were both working at Microsoft on different games-related businesses.

Both of us were eager to take some creative risks that we knew weren't possible in our roles at Microsoft.

At that particular moment in time, things like free-to-play games and mobile were just beginning to emerge as exciting new markets, so it felt like as good a time to make the jump.

Well, first I think it is worth clarifying that the term "indie" can mean a lot of different things.

Spry Fox was an indie when we were two people. Now we're 20 people but still indie. My life was very different back then.

Truly great games made by excellent developers are failing to connect with audiences...

Now, on any given day, I'm spending a chunk of time in the group via one to one meetings with my colleagues, doing production-related tasks, interacting with our community, and of course, the occasional business or legal task.

Learning how to focus and give the market exactly what it wants at the moment it wants it.

Making our players (hopefully many of them) happier than they otherwise would have been without our games, as well as paying everyone in Spry Fox a comfortable wage that meets all their financial needs.

Doing all of that that while maintaining a healthy lifestyle and avoiding crunch is a success.

It is extraordinarily challenging.

I made a decision a couple of years ago to entirely exit the mobile market, only to happily get sucked back in by an unexpected opportunity with Apple Arcade.

Truly great games made by excellent developers are failing to connect with audiences and recoup their development costs because those games have not been ultra-hyper-optimised for a user acquisition-dominated market (which is what the App Store and Google Play have largely devolved into.)

It got so bad that I made a decision a couple of years ago to entirely exit the mobile market, only to happily get sucked back in by an unexpected opportunity with Apple Arcade, which resulted in our recently launched game, Cozy Grove.

I'm glad that Apple is making a major effort with Arcade to make it possible for developers to make premium games for mobile devices again.

Is it fair to say that Cozy Grove takes inspiration from Animal Crossing?

Yes, we've been very up-front about that.

Animal Crossing is a wonderful game with a surprisingly wide scope, yet we felt that we could bring something new to the genre with a couple of interesting new mechanics and a bigger emphasis on narrative.

Are you happy with the launch so far? Any details you can share downloads-wise?

Yes, we are very happy. I don't believe I'm permitted to say more than that, sorry!

What are your plans for the future?

We'll continue to support Cozy Grove for the foreseeable future, as it seems to have found an audience and we're excited to keep improving upon the game for that audience.

We'll also be starting up a new and bigger project soon, but I can't say anything about that just yet.

Probably just a slightly larger version of that "new and bigger" project that I just mentioned.

Happily, I don't feel like we need an unlimited budget to do something that we'd be very proud of.

Invest your time and energy into your relationships with other indies. Having friends to talk to, ask for advice and lean on when you're feeling glum, can make all the difference in the world.

Q-Games founder Dylan Cuthbert on the allure of Apple Arcade