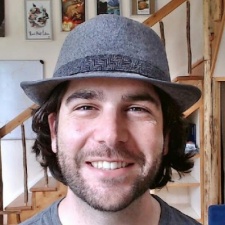 By the time Alphabear was launched, developer Spry Fox really needed a hit.

The third game based on essentially the same mechanic, following Kindle and browser versions of the game Panda Poet, Alphabear would either validate Spry Fox's belief in the anagram-based design or become yet another failure.

Before Alphabear, 2012's Triple Town had been the firm''s most successful game.

Its poor monetistion, however, meant that there was still much for Spry Fox to learn from and tweak.

"Our revenue per user is very, very low for that title, because there's almost no meta-game to it."

He also goes on to attribute some of the game's success to luck, with the industry rallying round after the game was cloned, the game competing in a less mature mobile market, and enjoying significant features from platform holders.

Luck alone was not something Spry Fox wanted to rely on anymore.

Triple Town has a dirty secret: it didn't make very much money.

However, with the metrics for the soft-launched Alphabear not looking strong, it needed a heallthy slice of it.

"We were getting to the point where we needed to launch the game, we were self-funding, and really worried it'd be the third failure of this mechanic."

Effectively ready to cut its losses and launch, Spry Fox had a group call in which Edery asked his team whether they had any regrets in relation to Alphabear.

In this call, the quietest team member piped up and said he regretted that the bear speech mechanic it had toyed with - now by far the game's best-loved feature - hadn't made it in.

Making the last-minute decision to run with it, Edery and his team found a mechanic that massively enhanced the game's virality, with amusing and often inappropriate generated phrases being shared all over social media.

"Listen to your quieter team members, because sometimes they come up with gold," reflects Edery.

Upon launch, the game hit the top free charts - no mean feat for a relatively small team in today's market.

Once you've gotten all the obvious kinks out, improving retention is really hard.

However, in retrospect, Edery sees a number of areas in which the game could have been better optimised at launch.

The ratio of users purchasing the energy system unlock IAP to all other purchases was 50:50 - not as good a balance as Spry Fox would have liked, but better at least than the 80:20 ratio seen in Triple Town.

One particularly dramatic example is the system whereby a player who had paid for a legendary bear would have to play a level before they received their reward.

"Maybe spenders are impatient, and maybe it's a problem for them to have to play before getting their legendary bear," Edery reflects.

Indeed, the results of cutting the feature were tripled net revenue per player and 50% increased ARPU on Android.

However, Edery's conclusion is that - barring issues clearly impacting retention like the ones in Alphabear - spending months and months in a bid to improve retention is a fool's errand.

"Once you've gotten all the obvious kinks out of the game, improving retention is really hard."