The shooter-gacha game has seen massive success, topping even Diablo Immortal and Genshin Impact in the charts 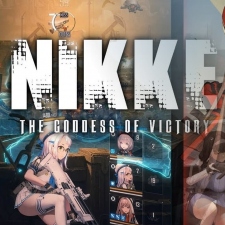 Goddess of Victory: Nikke, the gacha-shooter game, has topped the charts for this month with 4m total downloads and $70m in lifetime revenue according to early statistics supposedly taken from Sensortower.

The figures are similar to those collated by analysis firm Appmagic, however the new numbers appear to take into account the 30% revenue cut that many app-stores take. If the data across these sources is reliable it would place Goddess of Victory: Nikke on even footing with global hits such as Genshin Impact and Diablo Immortal.

It’s fanservice all the way down (or is it?)

While it may be tempting for simplicity’s sake to attribute Nikke’s success to superfluous 'racey' fanservice, some outlets have considered a more nuanced perspective on why the game has become the success that it is. In particular the way its gacha mechanics work, as the site Kakuchopurei establishes.

“The game also has a pity system where you are guaranteed an SSR unit pull AFTER 200 pulls. The game has 47 (and counting) SSR units for completionists to pull. Coupled with the fact that 80% of the time you’ll be drawing duplicates of SR characters and that equates to a lot of money for digital waifus, especially if your luck is pretty crap in these kinds of games.”

For a game like Nikke where cosmetics and characters are at least 50% of the appeal of the game, giving some leeway to those spending on gacha is an interesting way to ensure that FOMO isn’t the sole driver. By softening the blow of loss with the occasional freebie sprinkled in, it can ensure players are in a more positive mindset and thus, keep spending.

The game recently drew ire from its fans upon apparent moves to tone the down content that it has become famous for.

Gacha games have been a key driver in the mobile game industry in Japan. Pushing out hypercasual in terms of playtime if not in downloads due to increased player retention.