Although hypercasual sees the most installs in Japan, players are switching off in favour of role-playing, action and puzzle games 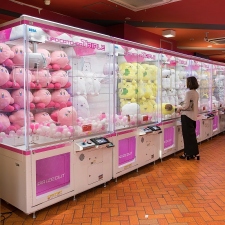 Hypercasual games are the most downloaded in Japan, but compared to rivals in RPG's, Action and Puzzle Games, they account for only a tiny fraction of sessions. While common knowledge dictates accessibility equals ease of play and thus a greater share of playtime, Japan's state of play shows this is not an absolute.

The struggle of hypercasual to retain players for any more than a tiny percentage of sessions was noted by Liftoff earlier this year. According to Liftoff, although the hypercasual game genre accounts for 15% of all installs on mobile in Japan, it only accounts for a meagre 1% share of sessions or time spent playing. Comparatively, role playing, action and puzzle games account for roughly 17% of sessions each, with 13%, 11% and 12% respectively of installs.

We covered this data back when it first appeared in October, but it’s worth digging into and asking just why this is. Hypercasual, although not an official category, covers a variety of quick, or repetitive games that can be played by virtually any user. Usually hypercasual games don't rely on long play sessions, but instead offer quick and engaging gameplay. However even given that criteria the mere fraction of sessions they account for is worth noting.

One key reason behind this could be that Japan – as the originator of the ‘gacha’ game – showed early on the potential that a relatively deep game with heavy monetisation could have. Mobile games such as Fate: Grand Order and Azur Lane boast impressive player numbers as well as arguably inspiring other games in adjacent genres such as Genshin Impact or Raid: Shadow Legends to follow suit. Gacha games boast both attractive stylised graphics, an engaging core gameplay loop and the collectible aspect of gacha.

It seems that by comparison hypercasual lacked this same magic, attractive and addictive formula. Gacha games also go a long way to attracting and keeping players, with the basic FOMO of gacha rolling being much more attractive to returning players than hypercasual.

Japan also has a massive gaming audience, the third-largest in the world, and these are gamers that have grown up with video games. Unlike in the West, where many hypercasual players will have never touched a video game previously, many Japanese users will. It’s wholly possible therefore that, to these 'experienced' gamers, hypercasual doesn’t hold as much appeal, as the time-wasting or basic amusement potential is lessened.

And while hypercasual games which usually rely on capitalising a user’s spare time, the importance of a collectible aspect (popular in gacha) cannot be overstated. When games like King of Fighters: All Stars made the move to the West they had already become top grossers in their home country, a not insubstantial part of that spending likely being due to the massive wealth of collectible characters and the recognisable IP on board.

Overall, for basic gaming culture reasons hypercasual doesn't have as strong of a niche to exploit in Japan as in the rest of the world. In that way it seems likely that going forwards hypercasual may see major install success in Japan, but will continue to see a poor share of sessions.