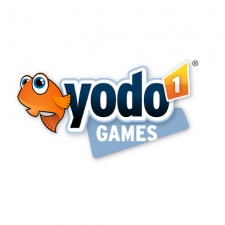 With new reports of unprecedented growth, HTML5 games have secured their place as the hottest way to enter the Chinese gaming market. In the first half of 2020, WeChat Mini Games - one of the biggest HTML5 platforms - experienced a surge in revenue of 18 percent.

Yodo1 has been helping foreign developers bring their mobile games to the HTML5 or H5 platform since 2019, seeing enormous potential through access to an expanded user base, a swifter path to publishing, and fast-growing revenue.

At a conference in August, WeChat product manager Li Qing shared insights on user growth, attributes, and popular genres in the Mini Games ecosystem. We have summarized key points below to help developers redefine their strategy for the ever-growing and changing Chinese gaming industry.

Since China's biggest social media platform introduced Mini Games in 2017, the total number of registered users has exceeded one billion. This number has grown continuously over the past six months, indicating that mobile users - experienced gamers or not - are embracing the new WeChat mini-game model as a way to have fun on their phones.

With the steady release of new HTML5 games, alongside the optimization of existing ones, WeChat predicts an even faster growth rate for its Mini-Games business in the second half of 2020.

H5 User Attributes: The Pool Just Got a Lot Bigger

Data from WeChat highlights important differences between HTML5 game and app store game players, a key insight being that only a small percentage overlap.

For developers, this means complementary app and H5 strategies can help games reach a far greater audience than ever possible in the past.

Lifestyle. Given their click-and-play nature, Mini Games appeal strongly to intermittent users who want to explore a game before committing to it. Once they've had a taste, they can go straight from your HTML5 game to an app store and download the full version.

For example, when Yodo1 launched an H5 version of Steppy Pants the downloads immediately increased for the Chinese iOS version as well and propelled the game from the 935th to 78th position in the free games list, from 198th to 23rd in casual, and from 124th to 10th in the simulation category.

Gender. Where the male-to-female ratio for traditional mobile games is about 6:4 (see gender distribution for mobile gamers in China), WeChat Mini Games have proven more attractive to the female user base with a ratio of 5:5.

Age. HTML5 games give developers access to a wider age range of players. Data from the past six months shows that two out of three mini-game players are over the age of 30—in contrast to one out of two for traditional mobile games.

The HTML5 games market is attracting users who weren't gamers before and expanding China's player pool. It can be concluded that these users prefer Mini Games to game apps, which require a stable internet connection, more phone storage, and higher performance.

H5 Genres: Puzzle and Simulation among the Most Popular

Puzzle and simulation games are the most popular HTML5 game genres, attracting 600 and 500 million users respectively, and bringing in combined revenue of more than 2.2 billion RMB.

The strategy and RPG category account for over 300 million users and 2 billion RMB in revenue.

Also announced at the conference was the expansion of WeChat Mini Games’ physical cache to 200 megabytes, giving developers more room to experiment and allowing users to experience games of higher quality and greater variety.

Now is the Time to Leverage China's HTML5 Games

If you already have games in China, getting them on the H5 platform is key to sustaining and enhancing your success: on top of bringing in their own revenue, HTML5 games can attract new users and drive downloads for your mobile games.

To make H5 entry as easy as possible, Yodo1 has created a turnkey process for converting existing game code into HTML5 format. Our H5 team has already led popular gaming apps such as Steppy Pants, Rodeo Stampede, and Sling Kong to success in mini-game format.

Contact us now at bd@yodo1.com and we'll help you harness the potential of HTML5 games in China.

Yodo1 is a game platform company that helps developers better market, manage, and monetize their games. Our AI-powered tools and global expertise in areas such as mobile advertising, community management, and digital IP licensing enable partners to increase playtime, revenue, and retention. Our vision is to open the world of gaming success to anyone with the talent to develop. To learn more, visit www.yodo1.com and follow us on LinkedIn.