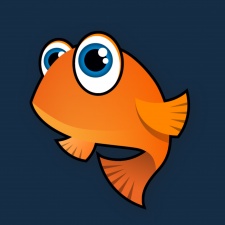 As Hasbro's exclusive licensing partner for brands like Transformers, My Little Pony, Monopoly, Play-Doh and Blythe Dolls in the Greater China region, Yodo1 is partnering with mobile game developers to integrate beloved brands into games in China.

With over 500 million downloads and more than 100 million monthly active users, Battle of Balls from Superpop Games is one of the hottest casual esports mobile titles. It also has generated 600 million registered users - 60 million of which are active monthly players.

Battle of Balls (BoB) is simple yet catchy. Players start off as small spheres that become bigger as the game progresses, absorbing smaller opponents to expand and come out on top. Easy to learn, but challenging to master. The final goal? Ultimate survival.

The next step? The Battle of Balls team began the design process, finding the best way to integrate the 'Robots in Disguise' into their game.

One of the distinctive features of Battle of Balls is the toy-like appearance of many of its characters. Integrating Transformers’ IP required a new graphic approach and the Hasbro, Superpop and Yodo1 teams ultimately decided on the sleek advanced look of the Generation 1 Transformers, highlighting each characters’ specialised fighting skills. Judging by the positive reactions to the new gameplay experience, the decision was well-received by BoB players - especially in China.

During the initial three-month collaboration, BoB selected eight primary characters to inject. Three unique skins with exponential special effects were created for each Transformer chosen - players can transform up to three times in a single match - for a total of 24 distinct outfits.

The 'Turn Into Chaos' in-game event served as the official launchpad of the Battle of Balls meets Transformers collaboration and was heavily promoted across multiple social media channels, allowing players to engage with Hasbro’s brand and experience the special effects of a Transformers skin despite not having it in their collection.

Around 30 per cent of the game's active users took part in the event, with participation and average retention rates peaking in the first week.

The BoB team also developed new monetisation models where players can collect multiple fragments that combine to make a complete skin, based on the mechanisms of the popular Japanese 'gacha' system.

Since it was BoB's first collaboration with such a large piece of global IP, the creative development team tested multiple gacha systems to maximise the brand and revenue, including mini-games involving cards and fusion mechanics and giving players access to certain skins through subscription-based models (such as battle passes) or direct purchase.

This monetisation model proved particularly popular among BoB enthusiasts, with many players repeatedly trying their luck to expand their existing collection and find the high-value ultimate Transformers skins.

While Superpop Games created unique Transformers fragments to go along with the game’s 'gacha' system, each of these new items retained the Transformers brand's distinct features and recognisable visuals.

Thanks to the success of this partnership, which was driven by the expertise and efforts of the Hasbro and Yodo1 teams, Superpop has now included IP cooperation in its long-term strategy to boost revenue in Battle of Balls.

By leveraging the tremendous popularity of characters such as Optimus Prime, Bumblebee and Megatron, BoB implemented multiple marketing strategies to promote the new partnership. This resulted with an in-game event, engaging social media activities, key opinion leader (KOL) live-streaming sessions and well as showcasing the Transformers brand at the China Joy offline event, culminating in what can only be called a Transformers craze.

By August 24th, 2020, more than three million players had participated in warm-up social media activities, and the 'Fight Against the Sky - Defend Justice' promotional Transformers video received well over 100,000 views after its release on Chinese viewing platforms. Coupled with influencer collaborations, this resulted in a new batch of players joining in the fun.

Organisers held quizzes on online platforms like Weibo, WeChat and Tik Tok, with prizes that included premium currency and materials for building the ultimate skin. A mobile web warm-up event promoted two weeks before the launch invited users to pre-register and receive a free Bumblebee skin, an offer that succeeded both in attracting new users and rekindling the attention of former BoB players - in all, more than 10 million players participated in the event to redeem the exclusive skin.

As the China Joy Games Expo coincided with the Battle of Balls meets Transformers collaboration launch, Superpop Games organised a face-to-face meetup with fans of both the game and Hasbro’s iconic brand, providing much-needed engagement for the community during these challenging times when social gatherings are limited.

Multiply your revenue and exposure: bring brands into your games

The player's response to the Transformers brand injection was exceptional. As well as achieving marketing engagement during the collaboration itself, in the post-event survey half of the respondents said they’d be willing to pay for their favourite IP, while 40 per cent stated they would spend more time playing a game if it had IP cooperation, particularly favouring Transformers events.

This popularity highlights the strong appeal of collaborations as the future of games, accruing benefits to all parties - the original game, the IP owners, and of course, the players!

Yodo1 specialises in connecting game developers with intellectual property (IP) holders, fostering partnerships that make iconic characters and IPs come to life in players’ most beloved mobile games, a win-win for everybody involved.

With full support in and translation between English and Chinese, we help break down communication barriers and further decrease the burden on developers and IP holders.

By using our extensive knowledge and expertise in the games industry, we work to help developers and IP holders maximise their revenue potential through customised brand injections.

Get in touch to kickstart your success with Brands in Games.