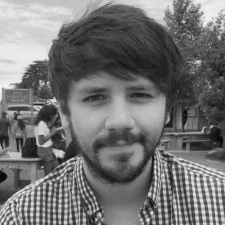 Last year, we decided to approach a new market to continue to grow our game, quirky walking simulator Steppy Pants, which had already reached six million downloads worldwide since launching it two and a half years before.

We knew that fellow Aussie Devs including Featherweight games (Rodeo Stampede), Hipster Whale (Crossy Road) and Sleepy Z (Ski Safari) had pulled off successful deals with publisher Yodo1 Games to bring their titles to China, and we thought we’d try to do the same.

So we inked a contract with high expectations that we’d see some nice download and revenue numbers come in from the Middle Kingdom.

Yodo1 got straight to work, readying and submitting the game for a Chinese gaming license so our title could get onto the 80 to 100 Android stores that are entirely foreign to me!

Our plans hit a snag. In March 2018 the Chinese government put a freeze on new game licenses. So we waited. And waited. Yet it did not seem like the ban would be lifted at any foreseeable point. In the end, licences didn’t start getting approved again until December 2018.

We were looking forward to the new revenue stream that we expected from China, particularly as most of our efforts had shifted to our new upcoming game Spin Rhythm.

Steppy Pants was still mostly paying the bills for us, but being three years old we were seeing a gradual deterioration in sales and were keen to get new sources of revenue without having to lose focus on our new game.

After the first two weeks of data had come through, the Yodo1 team projected that they could drive at least a four-times revenue increase in the first month.

Fast-forward to November 2018 and our team was 100 per cent focused on getting Spin Rhythm ready for soft launch testing, but we still had no news on when China would start issuing new game licences again.

It was at this time that Yodo1 Games CEO Henry Fong reached out with an interesting proposition for Steppy Pants. The pitch was pretty simple, Fong proposed that while we were waiting for the game license for Steppy pants in China, Yodo1 would help us multiply Steppy’s revenue in other markets.

They seemed so confident that it was possible that they committed to take ZERO revenue share unless they could make the game outperform existing sales. We knew that the Yodo1 team had quite a lot of experience in casual games monetisation; they had honed their skills working with top performing games like Rodeo Stampede and Crossy Road.

Given that we really had nothing to lose and there was only an upside, we were pretty intrigued by the idea of an effortless (on our part) attempt to multiply our revenues so we gave the greenlight to what the Yodo1 team had codenamed ‘Project RevenueX’.

The contract for RevenueX was signed in mid-November and Yodo1 wasted no time with optimisation of the game, that launched in an update on December 19th.

The team at Yodo1 delivered and we saw an immediate increase in revenue for Steppy Pants in literally every market. After the first two weeks of data had come through, the Yodo1 team projected that they could drive at least a four-times revenue increase in the first month with RevenueX. It was a VERY Merry Christmas.

And then something unexpected happened

Steppy Pants had always been a viral game; the combination of funky character designs and funny walks had always made players want to share screenshots and videos of the game.

Yodo1 pushed an update with two new characters that were designed in the studio to keep the game fresh. Many Japanese players saw the funky new characters and started sharing short videos of their Steppy Pants gameplay to Tiktok and Twitter.

In a matter of days, Steppy Pants hit the number one spot on iOS download charts in Japan. Revenue was skyrocketing and thanks to the optimisations that had been done to the game, we were making a lot more money per user than we ever would have before.

I was still getting over the excitement when I received a call from Fong, who said: “We’re going to sustain this top charting. We’ve already created a Japanese event-based Kimono skin, check it out and let us know if there is any feedback so we can release it.”

My team had a look and loved it, and it was released just a couple days later. Surely enough it had the intended effect and Steppy Pants’ performance also seemed to catch the attention of Apple in Japan, as we subsequently got featured there. All in all Steppy Pants sat at the number one spot in Japan for a full 18 days.

When we signed with Yodo1 we were expecting a China deal, but they helped us optimise our revenue and chart in other regions, including one of the world’s biggest: Japan.

We were already fully dug in on a new game, so the timing could not have been better. Yodo1 is now pushing forward by reworking our in-app purchase system and planning community events in their integrated community KTplay to drive more virality.

It all seems to be working in a big way and we keep getting these wonderful upside revenue surprises.

We have only just started this partnership and already we expect to take home 10-times more money this month with Steppy Pants compared to what we were making before the RevenueX partnership.