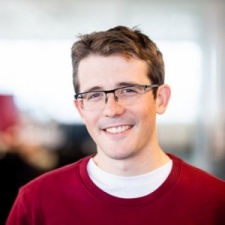 We spoke with Simon Thillay, Head of ASO for AppTweak about App Store Optimisation ahead of his panel at our upcoming Pocket Gamer Connects Helsinki. If you're interested in hearing more from him on this subject, why not head along?

PocketGamer.Biz: What is a frequent misconception about App Store optimization when it comes to mobile games?

Simon Thillay: Many publishers tackle ASO with the idea that it is an additional channel in their marketing mix, and one where they will look to measure ROI independently, hoping to find consistent and satisfying results as if their efforts were made "in a vacuum".

The first challenge is to realize that App Store Optimization should be thought of as a link in the user acquisition funnel rather than another piece, and that as a result there's many different correct ways of conducting ASO, which all depend on which marketing channels you are linking to it.

The second challenge is also to apprehend ASO as a cycle. Because of how app store algorithms work, ASO techniques will work for one game but fail for another based on the overall way they are perceived by store algorithms and users.

Would you say these are the biggest challenge for mobile game publishers when it comes to ASO?

For sure. If we focus on making ASO complement different marketing channels, and a key challenge is that most often there's one team per channel, which means you'll have to break the "silos" in the marketing department. What this calls for is to re-organize marketing in "feature teams" somewhat similar to how many product & tech organizations do now following the famous Spotify model.

What are the big trends in ASO mobile game developers should be aware of?

So far, ASO is still high on store functionalities that have started releasing since last year, and specifically custom pages and in-app event promotions. Both Apple and Google have recognized that games running events to keep players engaged is a great opportunity for them to increase in-app spending, which is why they're rapidly looking at how they can give exposure to these events in the store and reassert their place in where games are discovered. These placements are great opportunities for developers, while at the same time there is still a lot to figure out with both optimizing events' visibility and reporting on performances.

As for custom pages, their adoption by marketers has probably been slower than expected in the first half of the year because of limited compatibility with top ad networks, but this is now changing and I expect a lot more apps will start testing and using many custom pages soon.

On that note, Meta is now supporting Apple's Custom Product Pages for app install campaigns. What does this change for ASO and how much should publishers invest in this?

Custom Product Pages (and their Google Play counterpart, Custom Store Listings) now allow developers to create alternative app store pages for their games, just like they would build different landing pages on a website. Paid media teams are expected to be the most avid users of the functionality, but they'll need the support of ASO teams to maximize the impact of these custom pages.

Beyond that, this opens more than ever before a possibility for leveraging ASO to improve user research. There's a lot of data points that can be found in ASO tools that can bring additional insights to consumer likes and dislikes, which can also help identify which are the custom pages worth creating.

Any final piece of advice you wish to pass on to our readers?

Always consider how what you do matches the consumers' expectations, and at the same time never assume you are the consumer. One of my favorite quotes from working as an ASO consultant within the gaming industry is when the creative director of a major studio commented on screenshots my team had prepared to localize one of their games in Japan and said "this is literally frying my brain, but then again, I'm not the user" and he admitted that something he would personally not find appealing was a great it for users in the Japanese market.