44 per cent of gamers respond to latency by quitting their games – what can we do to stop this?

As mobile games become more reliant upon fast reliable connectivity how can smaller developers compete with the industry leaders? Mathieu Duperré, the CEO and Founder of Edgegap explains 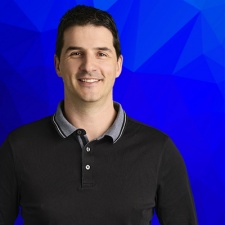 Mathieu Duperré, the CEO and Founder of Edgegap investigates the findings from the company's recent research into the impact of poor connectivity on mobile games.

Online connectivity has been an issue for gamers ever since they first made the leap from couch play to online. Given that we’ve seen huge advancements in virtually every facet of online mobile gaming in recent years, particularly with the global rollout of 5G helping to speed things up, how widespread are latency issues in the mobile market today?

To find out, we commissioned a report with the independent research firm Bryter to understand how players perceive connectivity issues. To capture an accurate picture of the latency landscape, we surveyed over 2000 gamers in the UK and US, evenly split across mobile, console and PC. To ensure we targeted ‘real gamers’, all respondents spent an average of between eight and nine hours playing online every week.

Overall, the report confirmed what we feared: latency problems are still a major issue the industry is grappling with. 39 per cent of players cited lag as their top frustration in games today. What we didn’t expect, however, was just how widespread connectivity issues such as latency are in the mobile market. Despite the fact that mobile games account for more revenue than PC and consoles combined, our report found that latency issues were most prevalent on mobile, with 30 per cent of mobile players experiencing the issue regularly compared to 22 per cent on PC and 25 per cent on console.

So, if you’re a mobile games studio looking to start your next project, there’s a lot you need to consider before you start planning your infrastructure setup.

The hidden costs of lag and latency issues in mobile games

While findings like 97 per cent of gamers experienced latency may not be that surprising (who hasn’t?), the fact that over a quarter of mobile players regularly experience latency is significant. But what’s more worrying is how these players react when they encounter latency or lag and the impact this is having on mobile studios.

In addition to many players following the tried and tested ‘off and on again’ technique, 44 per cent of gamers who experience latency respond by quitting the game they’re playing to try it again later, while nearly a quarter (24 per cent) quit to play something else. Can you imagine how much money this is costing the creators of games that rely on players constantly making in-app purchases to make their money? Even worse, what if the players you’re losing are picking up one of your competitor’s games instead?

44 per cent of gamers who experience latency respond by quitting the game they’re playing...

While it’s hard to put a figure on the financial impact of network issues, we know that games such as Genshin Impact make more than $6 million every day, and PUBG: MOBILE generates $5000 every minute. Free-to-play games such as these that rely on growing revenue through consistent in-app purchases could be losing thousands of dollars every minute when they experience severe latency. Alongside that, if players associate a certain developer with a poor playing experience due to network issues, they might avoid the company’s next game altogether.

The mobile games industry is steadily maturing and delivering AAA gaming experiences more akin to the likes of major PC and Console franchises such as Call of Duty and Apex Legends. But these AAA experiences, such as fast-paced battle royales, are more intensive to run. The smallest delay or lag can make the difference between (in-game) life and death, significantly impacting the player experience. If the mobile continues to evolve and deliver AAA experiences at this rate, companies must have the right infrastructure to support this.

Why are lag and latency issues more common on mobile than PC and console?

Compared to other platforms, mobile publishers face even more challenges when it comes to providing a smooth experience for players. With small teams, smaller margins and a very crowded marketplace, mobile developers are often simply unable to invest resources in top-shelf solutions. Genshin Impact recently announced its all-time revenue reached $3.6 billion ahead of the game’s second anniversary. But supporting operations at this kind of scale for 60 million monthly players costs the game’s developers, miHoYo, $200 million per year - making it one of the most expensive games of all time.

The vast majority of mobile games tend to be much smaller in scope, so it's often hard to justify worldwide server distribution because of the cost. However, when you only have between one and five server locations worldwide, the huge distances the data must travel means players will inevitably suffer from network issues.

Technologies such as typical cloud computing can be a way of getting around this, but it’s not a viable solution for smaller teams, primarily because dealing with cloud computing is so resource-intensive and companies will need a dedicated team focused on building and managing the infrastructure. What’s more, mobile networks are inherently unstable and the fastest connection speeds in the world amount to zilch if you’re not in a 5G covered area, so a lot of the key issues will still remain.

Is Edge computing the answer to solving latency issues in mobile games?

Simply put, Edge computing places the endpoint much closer to gamers, which means data doesn’t have to travel to a distant centralised server and back again, giving gamers lower latency and a much smoother experience. Technology such as Edgegap’s platform flips the script by allowing you to deploy servers instantly where your players are in 350 distributed locations worldwide. Online mobile games need to take into account jitter, lag and packet loss issues, having servers close to your players reduces the likelihood of these issues.

Existing lag compensation techniques are not fixing the problems, they merely try to hide them.

Using Edge computing also means companies can reduce costs associated with running centralised infrastructure. Network traffic for mobile games can jump anywhere from two to ten times during peak hours on an average day. To get around this, most companies overprovision servers to deal with potential spikes in traffic. This isn’t only inefficient, but it’s extremely costly.

Existing lag compensation techniques are not fixing the problems, they merely try to hide them

Edgegap deploys game servers on demand, so you only pay for what you use. Edge computing means smaller developers can access tools with the same functionalities and performance as industry giants. The aim is to democratise the use of cloud & edge computing by reducing the skill gap and making advanced infrastructure technology, which is usually reserved for larger companies, available to developers of all sizes.

Addressing these network issues before they have a chance to appear is important from a company’s PR perspective too. More than half (51 per cent) of the players we surveyed blame the company managing the servers and/or game developer. So there’s a real risk that you could be doing serious reputational damage if gamers keep having subpar experiences.

Getting the ‘right’ infrastructure setup is a complex puzzle, so if all else fails, remember that communicating and educating your players about performance issues is vital.

If you’re interested in learning more about the state of latency in mobile games today, download your copy of Online Gaming Connectivity Report 2022.

There’s no such thing as the average mobile gamer

Play-to-earn is key, but security issues must be dealt with now, says Edgegap's Jeff Tremblay