The hardest game in the world 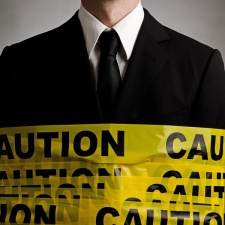 It's been said that those who cannot remember the past are condemned to repeat it.

It's also exactly the sort of self-referential quote egocentric journalists use to start wide-ranging opinion pieces in which they can tell their audience they are right and everyone else is wrong,

And this is just such a piece.

At least you don't need a good memory to learn this particular "lesson of the past".

It was less than three years ago that successful Korean/Japanese F2P PC publisher Nexon decided to spend $470 million in cash to buy Japanese mobile publisher Gloops.

One reason was following its Tokyo IPO, Nexon had a lot of cash to invest, but more strategically, it knew mobile gaming was the next big thing, and so it spent big to get a piece of that action.

In retrospect, and as we pointed out, Nexon would have been better not doing anything. Since it bought Gloops, its mobile sales have been in a quarter-on-quarter decline.

Looking at the past five quarters, for example, Nexon's mobile game sales in Japan (effectively Gloops) have fallen by 26 percent, and in the most recent quarter, 17 percent sequentially.

It's not all bad news for Nexon, however, when it comes to mobile games.

As a segment, now mobile games make up 16 percent of overall sales; something companies such as Nintendo and Konami, which are now actively looking to focus on mobile games, would be very happy with.

Nexon's organically-grown sales in Korea from games ranging from Legion of Heroes for Kakao, Three Sword Heroes and FIFA Online 3 M have been good.

Indeed, despite a requiring a $500 million acquisition, Nexon's Korean mobile game sales will likely overtake its Japanese sales during FY15.

Yet, outside of these two markets - lucrative as they are - Nexon has virtually no presence and that includes key markets such as North America and Europe (in which it's been investing heavily in publishing deals with untested start-up developers) and China.

Despite spending a lot of cash, Nexon hasn't yet built a profitable mobile games business

The latter is a really surprising omission, since PC MMOGs in China are Nexon's largest single source of revenue.

So this is our cautionary tale.

Despite spending a lot of cash and being an expert in free-to-play gaming, Nexon hasn't yet built a sustainable or profitable mobile games business.

A more organic approach has worked in Korea, but it hasn't found brands such as Clash of Clans or Candy Crush that can appeal around the world.

In three of world's biggest markets, it only has nominal sales.

Because the fact remains that for all the labelling of the console games market astoo  competitive and expensive to operate in (yes, that's you Square Enix), that's nothing to nature of mobile games market to destroy the monetary value of expensive M&A campaigns, and suck up marketing cash at the rate of millions of dollars every day.

Konami and Nintendo - you have been warned.

Reply
MetaDune
I thunk you're underestimating Square. Been playing square mobile games for yrs and you can tell each yr they can a game and bring out a much better version. Square is quite experience in mobile now and only getting better.

Konami is untested so we'll see
Posted 7 years, 1 month ago