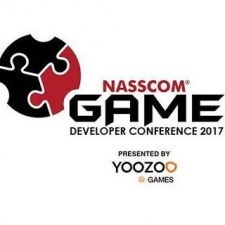 This was the biggest statement to emerge from last year's Nasscom Game Developer Conference, courtesy of a report published in partnership with app intelligence firm App Annie.

NGDC 2017, by contrast, lacked such a headline-grabbing projection. But from attending the conference, the healthy signs were clear to see.

Turnout at events can be a decent barometer of an industry's health, and this year's conference welcomed nearly 3,000 people. For context, the 2016 conference held the previous record at 1,800 attendees.

The inaugural Unite India, held simultaneously in the same Hyderabad venue and accessible through a joint ticket, no doubt contributed to this boost in numbers.

And while the initial announcement brought doubts that the bigger company was unfairly muscling in on a burgeoning space, this does not appear to have been the case.

“That came about because we know the people there very well,” says Rajesh Rao, Chairman of the Nasscom Gaming Forum. “They wanted to do a Unite India, and I said look, let's do it together. It's a no-brainer.”

Indeed, he estimates that around 70% of the country's developers are currently using the engine.

Unity also provided one of the most intriguing statistics in Rao's opening address: that India is now third for worldwide Unity game downloads, up from ninth in January.

Connectivity has often been referred to as a major barrier to mobile game success in India, but local network Reliance Jio has spearheaded 4G usage with affordable offerings.

All 4G networks are gearing up for the fight.

“All the others are gearing up for the fight,” adds Rao. “I've been on AirTel and Vodafone since before Jio came. Their networks were not as robust and high-speed on 4G before. It's almost like they turned the tap on.”

The difference in cost is a significant one. It was not uncommon for pre-Jio plans to offer around two to three GB per month at a cost of 500-700 Rupees. A monthly subscription of 300 Rs. can now get you one to two GB per day.

Rao says it's been a big deal for a “very value-conscious” Indian public. “What they wouldn't do before, they're doing now without thinking,” he enthuses.

This is borne out by the data, with India surpassing China to top the worldwide ranks for mobile data consumption.

But for Mark Skaggs, ex-SVP of Games at Zynga and now Director at Bangalore-based studio Moonfrog Labs, there's still work to be done.

He points out that India is a country that's more like a continent – with “language differences, culture differences, religious differences, political differences, and then also technology differences” – which makes it “very dangerous to paint with a single brush.”

Simply put, the 4G revolution is not yet country-wide. And even if it were, that's only half the story.

Skaggs points to coverage issues: “There might be 4G, there might be cheap data, but if you can't get a connection: who cares?”

For Moonfrog, this – coupled with the limitations of devices still common in India – means that file size remains a consideration.

The firm's hit game Teen Patti Gold weighs in at seven MB, while its latest title Baahubali: The Game was crammed into 20MB.

“Now, doing a little analysis, we probably would have been alright to go up to 30MB or so,” considers Skaggs. “So it's easing up a bit. But not 100MB.”

And it's not just Moonfrog. At the event's Upcoming Game of the Year Awards, Mumbai studio Photon Tadpole received an honourable mention for its rhythm-based platformer Bollywood Fighter, which is aiming for a sub-10MB file size.

PocketGamer.biz was represented on the judging panel for that award for the third year running, and the increase in quality from 2015 to now has been a marked one.

A maturing and more diverse indie development scene was also evident, with both the winner and runner-up of the previously mobile-dominated category being PC games.

But small teams have also been making waves with mobile games in the past year, and Nasscom Game Developer Conference 2017 was keen to celebrate these.

Bangalore studio Nukebox developed the breakout hit Food Truck Chef, and the firm's CEO Amit Hardi became the first Indian to deliver the keynote. This, for Rajesh Rao, was a landmark moment.

“You have a Western dev who comes to give a keynote and is super successful,” says Rao. “Your community could always go away from that saying, 'well, he's coming from a mature market, they have a lot of things we don't have.' But you can't run away from this.”

And it's undeniable that the numbers are impressive for Nukebox's Food Truck Chef: 4.7 million downloads in 100 days, more than $1.3 million in revenue, and a top 100 grossing position in 32 different countries.

Hardi insisted in his keynote that his 33-person team contained “no celebrities,” but had simply put its trust in a rigorous process of player data analysis.

“They need to believe that anybody can create great games,” Hardi explains. “It's not that you need a certain kind of experience or background to do that.

“It'll be very interesting to see if people are able to learn from mistakes we made, and if they are able to create such stories it will be a big boost to the entire Indian ecosystem.”

Rajesh Rao noted that some developers in attendance were uncomfortable with the focus on data in Hardi's keynote, which is precisely what he'd hoped.

“There is a section of devs who see game development as a very creative, artistic endeavour,” Rao tells PocketGamer.biz. “They see data as taking the joy out of it. But that is reality.

“The smart ones don't compromise on their artistic endeavour, but they use data. We've had a lot of people who didn't look at data at all, they didn't even have the basic feedback loops in place.

“Closing the door on obvious things that will help you succeed is foolish - and data is one of those.”

But while Nukebox's success came from an ongoing refinement of its funnel, A/B testing a number of aspects and generally using data to answer the big questions, Rao reserves special mention for another, rather different Indian success story.

Food Truck Chef and Ludo King are good examples of filling a gap.

Smaller than Nukebox at 18 employees, Mumbai studio Gametion has been blindsided by the success of its PvP mobile board game Ludo King. Among the game's more jaw-dropping stats are a whopping 10 million daily active users, and one million new installs daily.

How Gametion and Nukebox found their success was vastly different, both in terms of development philosophy and target market, but Rao reckons there's a major lesson to be learned from both.

“Both those games are good examples of filling a gap,” he states. “They are surprised about the success – happy, but also surprised themselves – and the underlying reason for it is that they hit the gap with a good product.

“Getting Amit to do the keynote was very important, to tell people how planning and thinking through things is so important. You could have a very good game in a super saturated genre or style, and it's going to be very difficult.”

He refers back to Timuz's Train Simulator 2016, an Indian success story highlighted by last year's conference, which he says also benefited considerably from finding its own niche.

It's a philosophy that's since continued at both Timuz and its spun-out developer BigCode, and Rao reports that both are enjoying “some incredible day 30 retention numbers” as a result.

The big hope for Rao and Nasscom is that India's developers will be able to build upon these positive stories and that, should they choose to target their home territory, the Indian mobile infrastructure is now at a point where it can accommodate successes.

Anecdotally at least, Mark Skaggs sees a shift occurring: “Last year, it was 50/50,” he says. “This year, I haven't heard anybody talk about being successful in the US. Everybody's learning, the market's changing, and a lot of us are talking about India.”

Skaggs also draws parallels between India's current mobile market and that of China seven years ago, which eventually hit an inflection point and became a market of widespread spending and huge revenues.

So Nasscom Game Developer Conference 2017, unlike the previous year's event, was not defined by big projected numbers – which are all very well, but ultimately impersonal and rarely evoke real passion.

Instead, there was the quiet assurance of an industry growing in confidence, live evidence of Indian successes on stage or on the show floor rather than being promised in a pamphlet.

The road remains long and winding, but those who have chosen to walk it seem more convinced than ever that it will be worthwhile. And in the absence of anything truly dramatic, there are positive signs all around.