Continuing our series of articles exploring the mobile game sector across MENA, we turn the spotlight to the world's second-largest oil producer 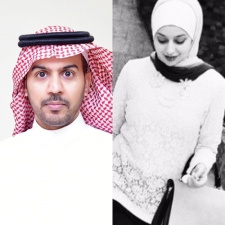 Saudi Arabia, perhaps, is most famed as the home of Mecca, and an affluent producer of oil.

Its gaming industry is a little less well known. Those with their eye on the mobile game sector, perhaps, will know that the Kingdom boasts of the highest ARPPU in the world.

While China's eagerly served mobile market sees average revenue per paying user hover at around $32, in Saudi Arabia ARPPU stands at a towering $270. For a nation that to many conjures up images of sweeping deserts, it appears to host an abundance of whales - or 'dolphins', depending on your definition.

And, as with most of the wider MENA region - which we covered in full in our recent special report - 'growth' is the keyword that founds the opportunity in the country. The foundation of that growth isn't especially arcane or complicated.

The Saudi Arabian population is sizeable, and eagerly embracing smartphone technology – particularly as the country undergoes reforms across politics, society and business. Smartphone penetration in Saudi Arabi sits at around 46 per cent in September 2019, or close to 15.5 million of the Kingdom's 33,554,000 residents, according to Newzoo insights. Elsewhere different figures are suggested, with penetration of 58.45 per cent through 2019 listed at Statista. Data that tracks smartphone use within families, meanwhile, offers a captivating insight into how mobiles are used in Saudi Arabia.

The main challenge is that Saudi Arabian gamers love localised games that reflect their culture; especially when we talk about the game content - text, characters and so on

According to the numbers from the Saudi Arabian government's General Authority for Statistics some 75.19 per cent of individuals in the Kingdom reported using a mobile phone in 2018, while 92.66 per cent of those in the 12-to-65-year-old demographic said they spent time interacting with mobiles in 2018. It appears that smartphone use is increasingly common in a nation openly pursuing technological transformation and that traditional smartphone penetration metrics may not paint the whole picture.

That is evident in the growth of the local game developers. Saudi Arabian game studios may be small in number when compared to the volumes of development outfits in leading global industry hubs, but there are some encouraging success stories. UMX Studio, for example, has blossomed making mobile games based on Saudi Arabia's infamous automotive culture, from its hit Climbing Sand Dune to drifting title King of Steering. DMX currently counts 30 million downloads and around 2.8 million monthly active users from its two active games. That’s not at all bad when you consider their focus.

DMX's success is born from many factors - and quality game design and a savvy monetisation no doubt top that list. But what's distinctly striking is that they have triumphed serving a local market with content that is themed around Saudi Arabian culture. Many of those users come from the Kingdom’s pool of smartphone users itself.

"The main advice for any game developer or a publisher [from outside MENA] is you should understand players' behaviour and culture," says Ali Alharbi (above right), CEO at UMX Studio. "We see many developers and publishers trying to localise games for Saudi players, but that not enough understand people and cultures, and understand a market and the players. Here [...] in UMX Studio we have spent years to understand players' behaviour, and we make very good progress in that."

That last point, in particular, is important. Saudi-based studios have devoted a great deal of time to understanding how distinct the nation's own mobile games audience make-up is. Those from further afield, then, need to take great care in harness the opportunity within.

And UMX Studio isn’t alone in asserting the value of quality localisation. Leen Qatawneh (above far right) is an account manager at Atomkit, an all-round creative and development studio that tackles everything from game development and web design to branding and marketing. “The main challenge is that Saudi Arabian gamers love localised games that reflect their culture; especially when we talk about the game content - text, characters, and so on," says Qatawneh of the matter of international game outfits endeavouring to bring their titles to the Saudi Arabian market. "So many companies face this issue since they don't have a real, full vision about the culture, and how open people are specially to technology and games industry."

The openness Qatawneh mentions is something hard to quantify directly, but it is a theme game developers from the Kingdom seem convinced by. And it’s something Qatawneh summarises succinctly. It’s also a point that addresses that alluring ARPPU.

“Saudi Arabian people have a strong relationship with the mobile games industries; especially as they haven’t had that much entertainment [available to them in the past],” he says. “So they had the courage and an open mind to try and accept any new types of games.”

And there lies what can appear to be a conundrum at the heart of the opportunity for mobile game success in Saudi Arabia. There is little prejudice about what games are, and minds are generally wide open to the medium itself. The themes, ideas and concepts found within games, however, must recognise the country’s own culture.

Ultimately, the Saudi games industry itself is still fledgeling. Local talent and investment in games are in short supply. But that certainly looks set to change over time. For now, though, Saudi Arabia is home to a population and industry who are at the beginning of their relationship with what games can be. That itself is a significant challenge, but it also founds tremendous potential for growth.

Keep an eye on PocketGamer.Biz and consider joining us at Pocket Gamer Connects Jordan on November 2nd and 3rd, where you can come and meet the publishers, developers and game tech outfits that might be the future of your success in MENA.