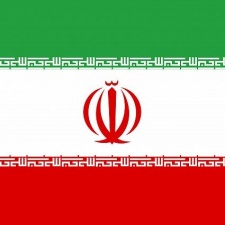 It’s been hard to miss the Iranian game industry in recent years.

That’s down to the fact that in 2017, the inaugural Tehran Game Convention was held, attracting visitors from across the world, and enthusiastic coverage from international press.

It marked a ramping up of the Iranian game development community’s effort to increase its presence on the global stage.

The event is organised by the Iran Computer and Video Games Foundation (IRCG); a non-profit, semi-governmental trade body that appears to be succeeding in its effort to promote, support and represent the national game industry.

As with other countries, this organisation has a lot of control over what can be and can’t be done, issuing publishing licences to local and foreign games looking for release in Iran.

It reserves the right to requests modifications to games, or even ban titles outright.

In a big country

The other reality for foreign developers and publishers keen to embrace what Iran’s games market offers is that cultural localisation is a key factor.

But just how big is Iran’s internal market?

With a population of 82 million, Iran is the world's 18th most populous country.

And with smartphone penetration estimated at 35 per cent in 2018, that’s 29 million local mobile owners with access to mobile games.

Android dominates. According to data collated by the IRCG published in January 2019, Android now accounts for 95 per cent of smartphones in Iran.

And games are certainly popular. Figures from an IRCG report carried out by its Digital Games Research Centre division suggested that in 2018, 28 million Iranians played video games for an hour or more at least once a week.

We have a huge player base, with more than 30 million active players.

Further research published at the start of 2019 tallies: there are 25 million mobile gamers in Iran. That’s a significant amount of total gamers in the nation, and an equally sizable percentage of all smartphone owners.

So far, so impressive. And there’s plenty of enthusiasm to be found from Iran’s game makers themselves.

“In Iran, we have a huge player base in the domestic game market, [now] with more than 30 million active players,” says Sadegh Jebelli, CEO of White Designers Game Studios, which has made several mobile games.

“This brings us lots of opportunities, and we are facing a growing demand for better and more fun games every day. Mobile rising is another opportunity in Iran. Here, mobile has dominated the game market with lots of users, cheap 4G internet, mobile payments and even big marketplaces like Cafebazaar.

“Also, new investments in-game market are happening in Iran, it has been predicted that the games will be the most profitable IT section in upcoming years.”

“We are practically cut off from the world. But still the domestic market has not reached its potential.

“There are so many reasons for that, one of which is payment and microtransaction infrastructures,” continues Rasouli, who also serves as IGDA Iran chapter chair, a game designer and a journalist.

“We are using old and not user-friendly ways of payment for users, and I hope by improving the infrastructures we can see a rise in revenue.

“The second reason [for optimism] is that since a lot of users are using local Android stores, the markets help a lot in promoting games. In other words, we can count on many organic users, which is practically impossible with international markets and their high CPIs.

We can count on many organic users, which is practically impossible with international markets and their high CPIs.

“Right now we are having several games among top grossing games in Iran with minimum CPI possible. So there is still a lot of potential for young and indie developers. Thankfully the markets support game development.

“The third reason is with recent success stories, VCs and investors are looking towards game development as investment opportunities.”

The real challenge for the local industry, though, is the impact of US sanctions, and the related issue of access to tools and global distribution platforms

“Iran and the US are facing political and economic tensions, and US government sanctions affect our daily life and business,” offers Jebelli.

“Because of that, we may have problems [such as] access to game engines, online services, software, and the western markets.”

“The challenges are endless,” he asserts.

“Nearly every common platform and service you can think of has banned us. We cannot deal with any publisher or market. The point is we have to put 100 times more effort into making and publishing a game than a normal game dev team in another country.”

Clearly, making games in Iran – whether for the local or global markets – is a very tough business.

There’s even talk of some games hiding the fact they are Iranian in origin to assure success further afield.

And yet the sense that Iran’s game industry has come on in leaps and bounds in recent years is near-palpable.

Interest from investors and international publishers is rising at the very same time the Iranian game dev community solidifies around a collective effort to bolster its standing, support and ecosystem.

Iran itself offers a huge games market today – especially where mobile is concerned.

When international tensions subside, it clearly has the potential to be a leading player across the MENA - and even global - gaming markets.