Some of the biggest stories of the last week, direct from China 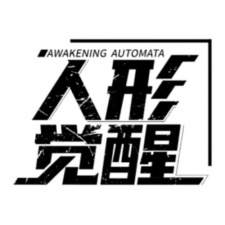 This week, we're looking at the huge number of iOS games that might soon be pulled from the store, and the increased crackdown on gaming addiction...

Since 2016, mobile games in China technically have needed an ISBN (license issued by State Administration of Press & Publication) to operate, and the law has been enforced by major Chinese Android app stores ever since it was in place. Apple seems to have been able to escape the supervision until last month.

Late this February, Apple has set June 30 as the deadline for all of China's iOS games to submit ISBNs, after which games without one will be removed from the App Store.

At the time of this report there are 64,667 paid games on the Chinese App Store - as China has issued a total of 43,104 game ISBNs, even if they were all for mobile games, more than 21,500 titles will be left without an ISBN.

Typically, a game would take more than half a year to get its ISBN, after going through a rigid censoring process. Obviously there's not enough time left for those games to change their fate. And small-to-medium size developers often lack the resources to get this license.

It's foreseeable that after this new movement, in China's mobile gaming market, only big developers and hit titles will remain available to play, and the others will be forced out.

In recent years, China has started to export mobile games overseas. And in neighboring countries which have a similar culture, Chinese games have started to take ground.

The most popular among these games include global hits PUBG Mobile, Rise of Kingdoms, and other games currently hot in Asia: AFK Arena (turn based RPG), Mafia City: Rise of Underworld (Strategy), LifeAfter (survival action).

The success of these Chinese games in both markets is largely built on these factors: diligent learning of Japanese & Korean art style, intense ad campaigns, and doing a lot of celebrity branding.

Although video games are cultural products, we may note that currently China is merely exporting products, not cultures. For example, Japan has anime, the US has comics, and we don't have the Chinese equivalent; And we have never exported something like Super Mario, Avengers and Harry Potter. The big irony is, China indeed has very rich culture in every aspect.

On US chart, games flagged as Chinese also take sizable rooms. However, some of these games are from developers having an outpost in China, and they are not strictly Chinese games to their essence.

Following up the recent Beijing meeting, the Shanghai Administration of Press & Publication has issued an instruction to local video game business in the last few days requiring them to tighten Juvenile Anti-Game Addiction Control.

According to the characteristics of Shanghai’s video game industry, which is composed of PC, mobile, and console game businesses, the instruction specifically states requirements for games on these platforms.

The key points of the instruction include: all games with online-play features must ask users to register with their real name & citizen ID (passport number for oversea players). All these games must also deploy juvenile anti-game addiction system, to monitor the playing time and in-game spending of users under age 18. A game without or with an unqualified anti-addiction system will be sent back to be overhauled before an ISBN (license) could be released for it.

In China, strict regulations are in place regarding how much play-time and in-game purchases game businesses can provide to juveniles. And previously these regulations are often bypassed by kids registering with parents' phones.

Huawei has announced its updated Huawei Ads revenue sharing agreement, by which Chinese developers who publish their apps and games in Huawei's worldwide store AppGallery could take 90% of ads revenue in 2020, 80% in 2021 and back to 70% in the years after. And in 2020 and 2021, developers could take 85% of in-app purchase revenue.

People speculate that by this move Huawei has launched new round of assault against Google, however both companies seems to prefer friendly partnership, as Google had just submitted applications to the US government for a license to do business with Huawei, as trade restrictions were imposed to Huawei by the US.

No.1 pre-register game on Taptap is an anime side-scroller

This week the No.1 game on Taptap pre-register board is a 3D action side-scroller, Renxing Juexin (Robot Awakens). It features anime art style, and had invited many famous anime character artists in the local industry to take part in the project.

The game had just got its ISBN (license) on March 6th, and had just started a pre-register campaign on Taptap last week. Within this short period, it has drawn 463,715 players to pre-register. The game is due to start open beta testing soon.

Taptap is the leading mobile game finder platform in China.