A look back at the biggest stories direct from China 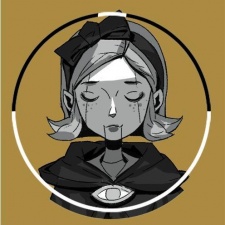 This week, we're looking at China's first ever lawsuit relating to cloud gaming and the latest batch of domestic games to receive approval for release...

Late this March, Tencent filed lawsuits against two Chinese gaming companies (for legal reasons their names are not revealed) to the Hangzhou intermediate court for the infringement of its rights.

The defendants had put several of Tencent's PC and mobile titles on the cloud, and made them playable to gamers without any agreement with Tencent. And some of the games have been modified by the defendants. The titles in question include League of Legends, QQ Speed, CrossFire, and more.

Tencent requested the court to make a sentence, calling on the defendants to remove the games from shelves and pay compensation - the money involved amounts to 9.6 million Yuan ($13.7 million).

These are the first ever cloud gaming-related lawsuits in China.

On March 24th, the secnd batch of licenses for month were released to 53 domestic games, including 47 mobile titles (with 27 hypercasual titles), 2 Switch games, and 4 PC games.

This time, the highlighted games are Switch game Iris Fall by Tencent, and mobile titles such as New Deity & Demon’s Land by Perfect World and King’s Conquest by Giant Interactive.

From the number of games approved so far in 2020, we may expect that this year the sum of domestic and oversea games to be approved will be around 1500, close to the overall figure in 2019.

Shengqu Games teaming up with Tencent on cloud games

Late this March, Shengqu Games, Tencent Games and Tencent Cloud jointly announced that they will initiate a strategic collaboration to promote cloud gaming.

In a press conference this January, Shengqu Games had demonstrated 3 games running on the cloud. With 10Mbps networks, the graphics could reach 4K resolution, 60FPS, and 40MS.

In 2019, Shengqu had started porting some hugely successful titles to cloud, including World of Mir, Mir 2, and Final Fantasy 14. And early in 2015, Shengqu had worked with Tencent to bring some of its MMO titles to mobile.

Shengqu is an old and influential MMO game publisher in China. Early in 2001, it brought Mir 2 to the market, which was a major hit for the decade.

Ohayoo, a mobile game publisher under the flag of ByteDance, has quickly become the dark horse in hypercasual game publishing within a short time.

On March 29th, Ohayoo's Sword Master (宝剑大师) topped the free chart in China, within just a week of its launch. And it's only another Ohayoo hit in 2020.

Up to today, Brain Out has topped the Chinese oversea download chart 3 months in a row. And in 2019, the Chinese free chart was consistently dominated by Ohayoo's hypercasual titles, such as Killing the Virus, I Play Damn Good Flying Knives and I’m Kungfu Master.

Ohayoo claims that its success is built on a robust team of developer supports, player data analysis and ads distribution.

The release of the last instalment of the Animal Crossing franchise New Horizons has excited a worldwide buying mania, and even in China, where the game isn't officially available, the demand is skyrocketing.

While in China only three Switch titles have been approved so far, and all of them are Mario games, Animal Crossing fans are turning to physical copies smuggled in from Hong Kong or other regions.

Now the shortage of the game has set its price soaring. On Alibaba's Taobao, the game is sold at around 600 Yuan ($86), far more than its regular $60 price in US.

And the Chinese fans seem to be undaunted by the high price. According to sales figures displayed in many Taobao stores, they each had shipped thousands of copies.

There are huge number of RPG gamers in the West, however blockbuster mobile RPGs are few, and they are all of famous IP. Recently, a new Chinese game has been breaking this pattern.

Loong Entertainment's Dragon Raja had landed in the Europe & US market on Feb 26th, and has got 2.8M downloads within a month and hit a revenue of $4.8M, becoming the most successful Chinese mobile RPG breaking into the west.

The US is its biggest resource of income, contributing 65% to the total earnings. And Canada and Russia followed tightly after.