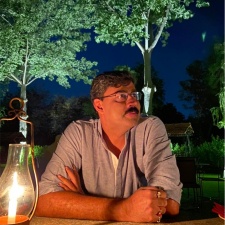 Manish Agarwal is CEO of Nazara Technologies, gaming chair of the Internet & Mobile Association of India, and convener of the Federation of Indian Chambers of Commerce and Industry (FICCI) Gaming Committee

The Indian gaming industry is on the right track to achieve stupendous heights. Having over $1.5 billion in revenue, with analysts predicting this number to triple over to $5 billion by 2025, the industry is riding firmly on the back of the "mobile first" phenomenon.

The industry witnessed growth of almost 40 per cent in 2019-20, significantly more than that of television, OTT, and social media platforms. The Indian market is further expected to scale faster and become a meaningful contributor globally, with a significant spike in the number of online gamers from 360 million in 2020 to 510 million in 2022.

In 2021, gaming startups in India attracted approximately $1.6 billion in the nine months up to September 30, exceeding the total value of investments in the sector in the past five years. India has also been a beneficiary of the slowdown in capital inflows to China due to the stringent measures taken by the Chinese government against gaming firms.

The capital infusion has also driven innovation and entrepreneurship in the sector. The last two years have seen an exponential rise in the number of game development studios looking to create games deeply embedded in India’s rich heritage and culture.

By working with the government, the Indian gaming industry can achieve massive growth across all the below aspects in the coming decade, and this year’s budget has kickstarted the process of paving the way for industry to meet these goals:

The initiatives called out in the budget speech will provide industry stakeholders with a platform to voice their concerns and aid the creation of a talent and infrastructure pool that could transform India as the hub for the global gaming ecosystem, supporting India’s young and skilled population in making games from India, for India, and for the world.

Some of the key Initiatives accelerating growth of gaming are:

The announcement of the Animation, Visual Effects, Gaming and Comic (AVGC) taskforce by Finance Minister Nirmala Sitharaman will catalyse a framework for the gaming industry to build world-class infrastructure across all aspects of the gaming ecosystem. This is the first time that a concrete measure has been put into place to boost the AVGC sector.

Gaming will see massive surge with the much-awaited 5G spectrum auctions slotted for this year. 5G technology will allow the gaming industry to produce a blitz of innovations in cloud gaming, serve more players, and facilitate live-streaming by reducing latency and increasing server capacity.

To ensure that the digital divide doesn’t widen, Sitharaman also confirmed the government will allocate five per cent of annual collections under the universal service obligations fund to facilitate broadband and mobile services in the rural and remote areas of the country.

The budget was also sprinkled with small but significant enablers for India’s mobile-first market, with the reduction in duty on parts of mobile phones (transformer in mobile phone chargers and camera lens of mobile camera modules) that will lead to smartphones getting cheaper in India.

The coupling of rural broadband connectivity, 5G spectrum auctions, and the AVGC taskforce is sending a strong message to global game publishers who will be eyeing India as a key destination. The budget signalled at replacing the SEZ to enable more states to join in.

It remains to be seen how the new policy shapes up for gaming SEZs around the country but the most positive inpact could include generating employment, increasing investments, and more effective administration while putting forth conducive financial and labour policies.

Digital Finance saw a lot of focus in the budget, with the announcement of the Central Bank Digital Currency (CBDC), or digital rupee, to be driven by the Central Bank using blockchain technology. CBDCs may enable a real-time global payment system without the need for an intermediary bank, reducing leakages and dependency on cash in the long run. It may also lead to a spur in micro-transactions within the gaming industry.

In the midst of these positives, some cryptic moves have been played on the crypto industry and prospects of gaming and decentralised finance. While it is a brilliant step to have accorded recognition to Virtual Digital Assets (VDA) such as crypto and NFTs, bracketing them in the 30 per cent tax slab without deductions or set-offs could be a deterrent for consumers to invest money in cryptocurrency, NFTs, and in-game assets, and may hamper in-app purchases.

NFTs are still in a nascent stage across the world, which means such taxation will have to eventually acclimatise to the developing ecosystem. It will be crucial that future tax amendments take into account the fundamental differences between these crypto and NFTs. While cryptocurrencies and NFTs are built on the same technology, i.e. blockchain, NFTs do not innately possess monetary value and their existence is representative of items with varying monetary values instead (like artwork, songs). A critical differentiation between the fungible and non-fungible characteristics of VDA will allow industries like gaming to succeed without getting crushed under a heavy tax burden.

We hope that, via a dedicated channel of dialogue with the industry, the AVGC task force will be able to come up with concrete suggestions for relevant legislative and judicial authorities to iron out the regulatory challenges around games of skill and chance, weed out unscrupulous elements, and recognise the gains that the gaming industry could drive for the Indian economy with Web3.

Overall, policies announced in the union financial budget of India paves the way for gaming companies to take advantage of the massive domestic market with a stable regulatory environment clubbed with a technical and talented workforce. India offers an amazing opportunity for global gaming companies to partner with local entrepreneurs across all aspects of the gaming value chain and becoming part of the most exciting gaming market to emerge in the coming decade.