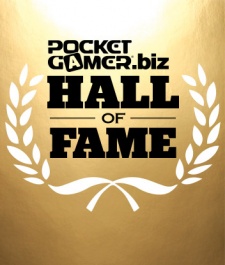 Ji-Hoon Lee is the CEO and founder of Devsisters, the Seoul-based game developer behind the Cookie Run franchise.

Lee founded Devsisters in May 2007, and it launched OvenBreak, a side-scrolling running game, on the App Store in 2009. OvenBreak achieved 20 million downloads and topped the charts in 20 countries, and eventually evolved into Cookie Run.

In the past year, about 50 million users have downloaded Cookie Run via KakaoTalk and Line. The game now boasts around 10 million daily active players in Korea, Taiwan, Thailand, and Japan.

Prior to founding Devsisters, Lee started as an art student, majoring in Visual Communication Design. However, he left school to join IT companies in Korea (including NHN) from 2000 to 2004. This led to an opportunity to work for an IT company in Japan.

After spending a year in Japan, he chose to found Devsisters, rather than return to school.

Ji-Hoon Lee is the CEO and founder of Devsisters, the Seoul-based game developer behind the Cookie Run franchise.

Lee founded Devsisters in May 2007, and it launched OvenBreak, a side-scrolling running game, on the App Store in 2009. OvenBreak achieved 20 million downloads and topped the charts in 20 countries, and eventually evolved into Cookie Run.

In the past year, about 50 million users have downloaded Cookie Run via KakaoTalk and Line. The game now boasts around 10 million daily active players in Korea, Taiwan, Thailand, and Japan.

Prior to founding Devsisters, Lee started as an art student, majoring in Visual Communication Design. However, he left school to join IT companies in Korea (including NHN) from 2000 to 2004. This led to an opportunity to work for an IT company in Japan.

After spending a year in Japan, he chose to found Devsisters, rather than return to school.

Ji-Hoon Lee: Too many to list! Although my very first video game experience came from a home video console that included a few games similar to Atari’s infamous Pong as well as Nintendo’s TV Game 15.

But I want to add that I enjoyed a wide variety of games as opposed to just one particular type.

If I scratch my head some more, I’m sure I could come up with another batch!
I mean, even after I ‘grew up,’ I was still all over games such as the Heroes of Might & Magic series, Diablo 1 and 2, Starcraft, and Medal of Honor.

I think games just bring back the child in me.

When I was nine. I skipped school and went to the local arcade room - kidding. About 15 years ago, I spent roughly two years making online board games, and that’s when I realized creating games could be as fun as playing them.

After that experience I went on to work on many projects that were web-based services, including SNS and game portals. As for mobile games, it’s been about five years since I started making them.

I had a chance to look back on my childhood after launching my own company, and I reminisced all the memories from playing games. Instantly I thought, ‘I have to make one myself right now.’

I suppose I was very passionate as a player before, but I wasn’t fully aware of the fun involved in creating games. Once I started making them, my eyes were opened to the merits of the other side of the fence.

It’s a very interesting task. You need understanding and knowledge about a variety of cultures and you also need to possess genuine love and interest for technology and people, not to mention the research required to further your grip on those subjects.

The best part is that you get to combine technology, art, and literature in a way that delivers diverse forms of entertainment and experience to millions of people around the world.

And it’s always fun to try new things with the purpose of offering diverse sensations - excitement, thrill, tension, sense of accomplishment - to many people.

I mean, what could be more pleasant than realizing your imagination, then reaping the results of those efforts?!

I was responsible for UI design and planning for the online board games you play after downloading game clients onto your PC.

At the time, the company where I worked on developing games was the largest of its kind in Korea, but ultimately the game service was not a commercial success.

But the silver lining was that we tried a lot of new, fresh initiatives that piqued many people’s interests.

Developing ‘Cookie Run, which is still up and running, has probably been the most rewarding experience.

After I set up my company I was playing the role of producer-investor, hiring several game producers to start numerous projects. The downside of that was that we ended up postponing the game launches every time and didn’t have tangible results to show for our efforts. Finally, that led to some difficulties in managemen and I had to shoulder a lot of responsibilities.

After a string of failures I began to question whether I really knew much about games.

As an attempt to answer that internal question I took the reins on the whole gamut, from overall producing to specific level design.

I directed everything including game rules, game control/configuration, architecture of major systems, the structure of contents, pricing, and placement of obstacles or jellies within the game. If this gamble didn’t work, I was ready to seriously consider switching industries. Thankfully it worked!

I also think back to how my mantra - when I was starting my own company - was creating meaningful products and service to as many people as possible. Now that mission is slowly but surely being realized, so it’s a significant bit of success for me personally.

Since Cookie Run’s launch a year ago, we’re closing in on 50 million cumulative downloads in Korea, Japan, Taiwan, and Thailand, while recently we’ve achieved 10 million DAUs.

However, I think this is only the beginning, and I know we’ll need a lot more luck and sweat if we’re to achieve further meaningful milestones.

It was the iPhone. Personally I don’t get why people insist on saying ‘smart phones.’ The launch of the iPhone in 2008 was the dawn of mini-computers with a touch interface, at least in my mind.

Think about it - a mini-computer with touch interface!

I mean, the phone function is really one of the least used functions on the ‘smart phone.’ I really wish someone would coin another term.

Also, the App Store was a big hint.

The IT service industry in Korea, for one reason or another, had grown primarily because of its business within the domestic market to Korean clients. I worked in that sector since 1999, and I witnessed that inevitably Korean service providers struggled with foreign services. So naturally I’d been disillusioned by the closed-off structure of Korean businesses and was racking my brains for ways to conduct business with the entire global market.

And then the App Store came out. I swear, that moment was a revelation that I imagine was akin to what the Hebrews felt when Moses split the Red Sea!

I mean, just think - you could sell products in any country around the world without setting up overseas branch offices! Good Lord! Good Jobs!

It has to be the evolution of the global ecosystem of mobile games. Major milestones would include:

I wake up each day proud of the fact that 10 million people around the world will be enjoying our game today. I am also deeply proud of the team that turned this game from an idea to reality.

I’m not the type to regret much, but if I had to say … maybe the few times when I wasn’t as brave and honest or sincere as I should have been to some people?

I think nowadays I shout bullshit the moment I see it!

Hearthstone for iPad. It’s got a fabulous fantasy world with great characters, and a highly complete balance of the strategic game playing experience.

What are your predictions for the new big development in mobile games?

Perhaps the expansion of real-time support for multi-player games, based on the evolution of networks and devices.

Also, intelligent developers who could introduce non-gamers to the joy of games? Maybe a long-term game service offered by groups that excel on offering games as a service?

I want to make a series of games that can become lovemarks to people all over the world even after 10 years - just as Super Mario is still loved by people around the world today.

I also have a few crazy ideas up my sleeve, but at this point they’re too crazy for public disclosure!

You can read our previous articles here.