Consolidation is coming so it's warchest-building time, says a $130 million-backed Gamevil

What's required to be globally meaningful 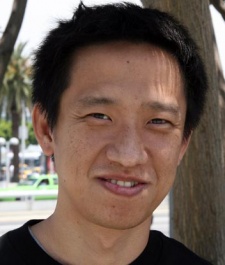 And looking to that future, it's about to raise an $80 million rights issue, which when added to the $50 million it already has in cash, will give it a $130 million warchest for acquisitions, investments and new deals.

We caught up with Gamevil USA president Kyu Lee to find out why now was the time for such an aggressive move.

Pocket Gamer: $130 million is a lot of money, so, as an already highly profitable company, why does Gamevil need to invest this much cash?

Kyu Lee: Mobile gaming is getting bigger and better. Gone are times when it was three guys and four months of development. Sure, that's still possible, but the ante has gone up to be a meaningful global publisher.

We are mainly focused on talent acquisition, content acquisition as well as investment, and a chunk of the funds will go into these areas. Gamevil is not only looking at local deals but global deals too.

Why do you think now is the right time for such a big investment?

As we see the changing landscape, we believe that further consolidation will happen within the next few years, with most of the companies going through phase one and entering phase two.

It's always good to have cash before you actually need it and now seemed like an opportune time to pile up our war chest.

As a publisher, it's relatively easy for Gamevil to expand its pipeline of releases, so how much of this money is earmarked for studio acquisitions, which tend to be much more expensive?

We don't have a set figure for acquisitions, but with this range of available capital, we know we can be ready for anything.

Also, although we don't need all this money to increase our pipeline, due to the fact we are going more and more games-as-a-service, we need to invest more in our publishing capacity, meaning not only infrastructure, but also hiring and retaining the best talent out there.

Tighter relationships with the developers are required more and more as we run games as a service and this actually may turn out to become less expensive in the longer run.

As a publisher which constantly looks for good content, we don't have a fixed number as we talk with talented teams almost on a daily basis.

But to provide a ball park figure, we should be launching around 20-30 games in the second half of 2013.

Do you think Gamevil needs to set up an European publishing office to better liaise with developers in the region?

As the consumer tastes in the different markets evolve to their own needs, we do realise we need more presences around the main regions.

We can now directly cover the biggest mobile markets in the world (US, Korea, Japan and China) but we do see a lot of great talent and growth in Europe, so you should see us becoming more active in this region.

Why is South America interesting for Gamevil?

South America, especially Brazil is a huge emerging market along with China and Russia, which are equally important markets for Gamevil.

It's untapped and poised for growth, and we believe a huge portion of our revenue will be coming from these emerging markets.

We are very broad. We started off with some of our key franchises, such as Zenonia and Baseball Superstars, which are more mid/hard core, so a lot of our fan base are mid/hard core gamers.

But as our audience grew bigger and bigger, we started to introduce some casual games as well - think Air Penguin or the Cartoon Wars series - and these have done quite well too.

Our more recent successes have been coming from more mid/hardcore with the global hits such as Monster Warlord and Dark Avenger.

When do you think the first fruits of this investment will be available?

The gears are rolling already. We have signed with some strong teams and some of these titles should be released in the next couple months.

However, we are not going for a 'short win', but a more long- term value creation route, so we should see good things coming out of these investments over the next several years.
Thanks to Kyu for his time.