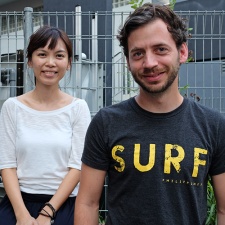 Ex-Bigpoint creative director Jan Richter will lead development on a second title for the studio.

The hires come shortly after the company completed a multi-million dollar seed funding round back in June 2018.

The investment was led by US backers Skycatcher, Everblue and M Ventures, and also included Singapore’s Atlas Ventures.

“They’re world-class talents with 13 years experience in gaming and technology each. They will be playing critical roles in helping the studio get full steam ahead on our first and second titles.”