Start-up working on an MMORPG for mobile 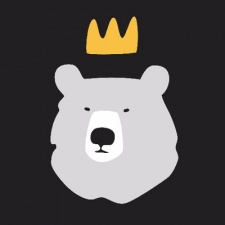 The start-up has raised a pre-seed funding round of $775,000 led by Rocket Internet VC arm Global Founders Capital.

The studio is currently at work on an MMORPG for mobile devices based on an original IP.

Mighty Bear was formed following the closure of Nonstop Games by King in October 2016, nearly two years after it had acquired the studio for around $32 million. That deal could have been worth a further $68 million depending on the studio’s performance.

The new studio is run by CEO Simon Davis, who has previously worked at King, Ubisoft and Bigpoint. It currently consists of eight staff.

"We came to a point where we had all been working together for some time," Davis told PocketGamer.biz.

"We really enjoyed working together, we had a lot of respect for each other and we really had a desire to keep working together and to start making a different approach to multiplayer games on mobile.

"We felt like the best way we could do that was to strike out and start our own studio. It was a fairly easy choice for us. It was the opportunity of a lifetime where you had all these talented people available at the same time and the same place, and many of us had always wanted to start a studio."

The studio aims to target a mainstream market with its debut title, rather than focus on the core market for an MMORPG. Davis also had something to say about the term 'casual' when it comes to describing certain mobile gamers.

"I don't really like the term casual, because I don't think there's anything casual, for example, about someone who's spent a thousand hours player Candy Crush," said Davis.

"But we want to reach out to players who don't normally play multiplayer games and PvP and that kind of thing, and bring them into that kind of world as well. We think we can create a game that has that crossover potential."

Mighty Bear plans to be globally focused but its initial focus will likely be on North America and Europe - though its position in Singapore could help it take on the Eastern market in future.

The studio is currently in discussions about whether to work with a publisher on its first game, but Davis said no final decisions have been made yet so the studio has no announcements to make on that front.

Further details on Might Bear Games’ debut game are expected to be revealed later this year.