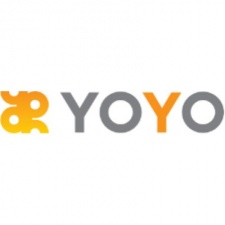 Philippines-based start-up Yoyo Holdings - best known for Candy: its SMS-based reward platform - has revealed it's closed a funding round.

The company raised $1.3 million in a funding round in mid 2014, from GREE, CyberAgent Ventures, and Incubate Fund.

And while the exact details of this round are undisclosed thus far, the sum is likely worth several million US dollars.

Speaking to The Bridge, Yoyo Holdings co-founder and CEO Yosuke Fukada said that the intention was to use the funding to support areas of southeast Asia in which it is more difficult to access the company's services:

"In southeast Asia, for instance, many people use an Android phone supporting multiple SIM cards with multiple phone numbers, so we need to support models which are not so common in advanced countries," he said.

"Even Facebook has developed a mobile app specifically designed for rural areas in this region, where mobile broadband is likely unavailable. In a similar manner, we want to strengthen our engineering in order to better fit the targeted markets."

Another of Yoyo's targets is to break into Indian market by the end of 2015, as well as doubling down on the southeast Asian markets in which it is already fully operational: Indonesia, the Philippines, Vietnam, and Thailand.