UA is a bloody competition 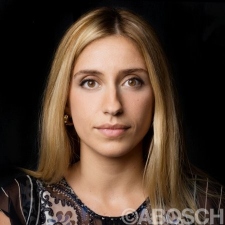 Even by the standards of the buoyant Turkish mobile game scene, Spyke's $55 million seed round, which was led by Griffin Gaming Partners, is massive.

Dream Games recently raised $155 million in its Series B.

But this is 2022. Everything is bigger, especially when it comes to funding.

"Yes, it's a very big round," says CEO Rina Onur Sirinoglu, who as with four of five Spyke's founding team used to work at Peak Games, which was acquired by Zynga for $1.8 billion in June 2020. The fifth - Mithat Madra - used to work at Riot Games.

"I can remember how we struggled to raise $5 million for Peak," she laughs.

From Zynga and beyond

It was Zynga's interventions into the Turkish game market, starting in 2018 with Gram Games, and continuing with Peak (and eventually Rollic) that highlighted the region's potential.

This has also provided Peak's leadership team with the opportunity and the resources to set up their own companies - notably to-date Dream and Spyke - without needing external funding from the get-go.

Spyke Games is already 30 people strong and has its debut game - Royal Riches - in soft launch.

So while some of the seed round will be spent growing the team towards 80 or 90 staff by the end of the year, most of it is earmarked for marketing.

"Competition in UA is bloody. That's why you need a giant round," says Onur Sirinoglu.

As for Royal Riches, she says the initial metrics for a game that mixes up the team's strong experiences in puzzle and social gaming are strong.

But while Dream Games' Royal Match has succeeded in the over-saturated match-3 genre, Royal Riches is inspired more by Moonactive's CoinMaster.

"The casual puzzle genre is worth $4-5 billion annually and there are lots of games in the market," she says. "There aren't really any other successful super social games like CoinMaster though."

Certainly Royal Riches leans hard into social elements. The more friends you have, the more slot spins you get. And the more slot rewards you get, the more you can loot other kingdoms and build up your own town.

And it's this loop, combined with the experience of Spyke's founding team in terms of building and scaling billion-dollars games, that ultimately resulted in the size of the funding.

"We had a number of investors interested, but we liked Griffin because it's a pure gaming fund," says Onur Sirinoglu.

Region Lock: Turkey's hypercasual truimph, and what it means for its young population