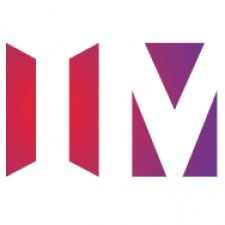 Infocom Media Development Authority (IMDA) has opened a new facility in Singapore called PIXEL Studios to support the next generation of developers.

Standing for Promising Innovations and Experimental Learning, the facility will provide workspaces, tools and resources for content creation across all of digital media, from film to games.

17 game studios are expected to take up residence in PIXEL in January 2017. They will be given access to a 40% bigger physical space than previously available at the Game Solution Centre.

IMDA will also be offering studios mentoring and networking events to help them grow their businesses. Accelerator programmes are also expected to be established in the space.

Help from the big boys

Samsung is backing the new location by supplying it with Gear VRs for developers to use. It will also be offering expert training programmes to teach developers about the tech.

"There is growing demand for quality VR content and we hope collaborations like the one between IMDA and PIXEL Studios will spur the creative community to develop outstanding VR content to drive VR adoption in Singapore."

Join us for the Games From Spain Networking Dinner: Gamescom Asia Edition next week on October 20