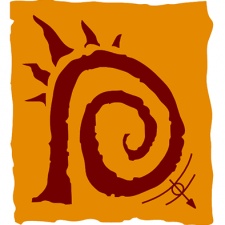 Dhruva provides services in art and game development to studios across the world for multiple platforms, including mobile.

The company has three offices, two in Bangalore and one in the northern India City of Dehradun.

It has worked on titles such as PayDay 2, Sea of Thieves, Forza Horizon 3, Prey and Days Gone.

Starbreeze said Dhruva will continue operating as a work-for-hire outfit for other studios, as well as working on in-house projects like Overkill’s The Walking Dead and Nozon’s VFX production.

It added the acquisition will help improve the quality of its in-house projects, lower operating costs, enable Starbreeze to provide end-to-end services for its publishing partners and add “significant value” to its VR ecosystem.

Dhruva was said to have made $4.6 million in revenue for the year ending March 2016.

“We have worked with Dhruva Interactive for several years and know them well. I am confident that bringing Dhruva into the Starbreeze family will strengthen Starbreeze as a global entertainment company.

“Dhruva will continue to operate independently under its own brand and run business as usual with existing partners, while greatly contributing to Starbreeze pipeline and adding pronounced value to our publishing services and VR ecosystem.”

The deal is expected to close by the end of the first quarter of 2017, subject to approval in India.

We recently caught up with Dhruva Interactive CEO Rajesh Rao to discuss the story behind one of India's first games companies and the Indian industry's rapid rise.