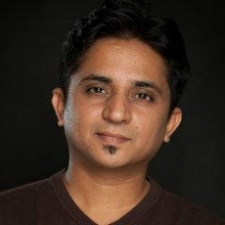 “I'm the old man in this industry,” laughs Rajesh Rao, founder of India's first games company Dhruva Interactive, when PocketGamer.biz catches up with him at NASSCOM Game Developer Conference 2016.

As one of the founding fathers of the local games development scene and Chairman of the NASSCOM Gaming Forum, there's a good chance that the event would not exist without him.

Rao and his fledgeling team didn't start out in games though, but rather ended up in games through a confluence of circumstances and a meeting with an Intel evangelist.

“When we got into games in '97, I set up a game room because anyone I wanted to hire would not even have seen a console in their lives,” he recalls.

With the Indian gaming landscape so barren at the time, it really was a case of starting from scratch for most new employees.

“For the first two weeks, only play games,” was the gaming crash course Rao demanded.

Less than 20 years later, the Indian industry is more than 250 established companies strong with a vibrant indie scene and an enormous potential that's got many publishers from abroad sniffing around.

For a visitor, the pace of progression can be overwhelming. Indeed, even from 2015's NASSCOM Game Developer Conference in Pune there's been a noticeable improvement.

“That's the thing about India right now,” Rao considers. “The rate of change is not proportional to the years that are going by.

“For every one year, you see two years' worth of maturity.”

The primary reason for this, according to Rao, is mobile gaming.

He argues that the “hockey stick growth” of the Indian industry coincides exactly with the mobile gaming boom that occurred the world over.

“The App Store economy and the democratisation of publishing fired the imagination of a lot of people,” he says.

“Gaming is in popular culture now; it is in people's faces all the time… There's a lot more social acceptance, which is a very critical factor.”

This means that a new generation of Indian kids are growing up as gamers, aspiring to be game developers, and making it happen by self-teaching tools like Unity and Game Maker.

However, this is not to say that the cultural barrier to gaming careers has been completely eradicated in India.

“We still see a lot of people who we feel should be in the games industry choosing more traditional careers like industrial design,” explains Rao.

We still see a lot of people we feel should be in the games industry choosing more traditional careers.

And while more gaming success stories from the country will obviously go some way to changing this, Indian culture also puts a lot of stock in a career being secure and stable - something the games industry “can inherently never offer”.

The homegrown industry would also obviously benefit from a thriving Indian games market - something which, to date, has been a tricky business.

The main issue has been monetisation, with infrastructure and a general lack of intent to pay for games the twin barriers. Two significant attempts have been made to tackle the former, however.

The first is Google Play's introduction of lower IAP pricing tiers specifically for the Indian market in 2015, going as low as Rs. 10 ($0.15).

“That's bound to have a good impact,” enthuses Rao.

“[But] I think the threshold can be lowered even more. I think we could have two Rupees and five Rupees - that would really help.”

The second is carrier billing. Although only currently available through India's Idea Cellular, this allows users to pay for games or IAPs directly through their mobile service provider rather than via credit card.

With India lacking widespread access to credit cards, it significantly widens the pool of potential spenders.

There are still two major mobile phone carriers in India yet to adopt carrier billing, but has it had a positive impact so far?

“The jury's really out on that, primarily because we don't have very good information,” admits Rao. “My short answer is, I really don't know yet.

“If people are saying it's the magic bullet, they're wrong… you can enable it, but you can't force it.”

This brings us back to an astute observation by Amit Goyal in our Indian Mavens discussion on this subject that “the barrier is not modality, but intent”. Is this a solvable problem, then?

If people are saying carrier billing is the magic bullet, they are wrong.

“I think so,” says Rao. “When private television came to India in the early 90s, we had grown up on a staple diet of one national television channel, which was free.

“When private television came they also started as free, but ad-supported.

It's with this belief that App Annie, in partnership with the NASSCOM Gaming Forum, has projected that the Indian mobile games market will enjoy revenues of $1.1 billion by 2020.

It's a big figure, and one that - anecdotally, at least - many in the Indian industry feel unconvinced by. Even Rao admits his initial reaction was the same.

“We debated a lot with App Annie,” he recalls.

“They were very strong in their feeling about the numbers, we were less so. We felt we didn't have enough information to say that we would be able to get there.

“But they have better data than us, and they're very confident.”

So what will prove the better predictor: data or gut feeling? That remains to be seen.

But whatever happens, Rajesh Rao will be there.