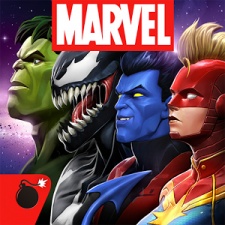 Netmarble Games has acquired Kabam’s Vancouver studio and snapped up the rights to Marvel Contest of Champions and the upcoming Transformers: Forged to Fight.

The South Korean publisher has also picked up the Kabam’s customer support teams in Austin and parts of the business development, marketing and user acquisition teams at Kabam’s San Francisco HQ.

PocketGamer.biz understands that this does not equate to a full acquisition of Kabam, just the Vancouver studio and other teams.

Contest of Champions is by far Kabam’s most successful game and has grossed more than $450 million in the two years since its December 2014 launch.

It was previously reported that a number of interested parties had submitted bids for Kabam's star studio, valuing it at $800million.

Netmarble did not disclose the cost of the acquisition.

“We are thrilled to acquire Kabam’s Vancouver studio, which has proven itself as one of the best in game development, and business competitiveness in the western market including the U.S,” said Seungwon Lee, Chief Global Officer of Netmarble Games.

“We look forward to strengthening Netmarble’s business in the western market including the U.S. through this deal.”

Kabam CEO Kevin Chou added: “We’re extremely proud of the work we accomplished with the Vancouver Studio, and we know the team will continue their world-class work with Netmarble. No doubt they will continue to create amazing games for a global audience.”