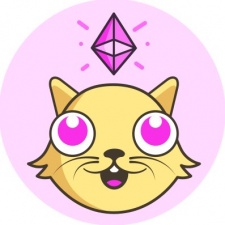 Following the issuing of $2.6 million (A$3.25 million) worth of new shares, Animoca has acquired 60 per cent of US games services company Fuel Powered for $752,263 in cash.

The San Francisco-based  eight-person team already works with the likes of Sega Europe, Huuuge Games, Spry Fox and Bandai Namco, and is expanding to add blockchain support into its technology suite.

Another Fuel Powered client is CryptoKitties’ developer Axiom Zen, and Animoca’s second announcement was it had signed a one-year exclusive licence with the Canadian company to release its game in China.

CryptoKitties supported $20 million in transactions during its first month. In December 2017 the most expensive cat in the game sold for 250 ETH (over $250,000 at time of writing).

The game, which is based on the Ethereum blockchain, sees players buying and breeding unique blockchain cats. These can then be sold in auction to other players, or hired out for stud. Axiom Zen generates revenue by taking a cut of all actions in the game, as well as releasing new cats for sale every 15 minutes.

Given a general tightening of cryptocurrency legislation in China over recent months, it will certainly be interesting to see how CryptoKitties is received.

It generated over $160,000 of gross revenue in week one and increased this to $215,000 in week two, suggesting it should sustain a $1 million monthly run rate.

An Android version is in development and the game's global release is planned later in 2018.