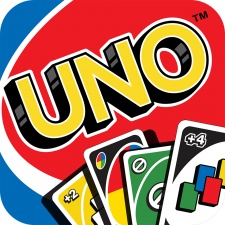 The new studio is owned by both NetEase and Mattel, with each company taking a 50% stake in the developer. The name Mattel163 is an homage to NetEase's original website URL, which itself is a reference to Internet users in China having to dial the number 163 to get online.

Mattel163 will use NetEase's gaming expertise and Mattel's wide range of brands and IP to create games with a global appeal. The first such game is Uno, currently available on Facebook Instant Games, and set to launch on Android and iOS as a standalone app in 2018.

"Mattel has been defining the future of learning and play for generations, and we are honored to be partnering to create a new world-class publishing and development studio in gaming and education," said Benjamin Ha, corporate vice president at NetEase.

"By combining NetEase's global footprint and established roots in gaming and education with Mattel's iconic consumer brands, Mattel163 will be able to bring even more creative and innovative gaming and educational experiences to users around the world."

NetEase recently launched its successful RPG Onmyoji in the West after first launching in China in September 2016. The company has also signed a publishing deal with Fireproof Games to bring the most recent games in The Room series to China.