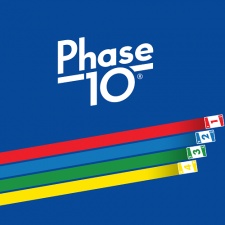 Mattel and NetEase's joint venture Mattel163 has grown its revenue by 600 per cent over the last two years.

The milestone and further stats were disclosed by Mattel163 CEO Amy Huang during her talk at PGC Digital #4 on 'How Mattel163 Grew Phase 10 Mobile Game by 7000 per cent'.

Founded in 2018, Mattel163 was created by the US toymaker and Chinese developer to utilise popular IP for mobile experiences. The studio has developed two games in two years: both new iterations of the popular card games UNO and Phase 10.

Since Mattel163 began work on Phase 10, the game's annual revenue has increased from $500,000 to $30 million, representing a growth of 60 times. Similarly, UNO raised its annual revenue by five times from $7 million to $35 million during the same timespan.

Across both tittles, Mattel163 possess a userbase of 160 million players globally.

Phase 10 is essentially the classic game of Rummy with an added twist. It is the number two best-selling card game, with over 40 million units sold and the game's core audience made up of women aged between 18 to 45 across the US and Germany.

Approximately 70 per cent of Phase 10's revenue was attributed to in-app purchases, while the remaining 30 per cent originated from in-game advertisements.

The previous iteration of Phase 10 (developed by Canadian studio Magmic) was claimed to be earning $50,000 per month in revenue and 100,000 daily active users until Mattel163 took over.

"We will have many more games coming out to the market," said Huang when discussing the future of the company.

"In-fact we will have two in the near-term, so I really hope you look out for us and I look forward to hearing feedback on our games."