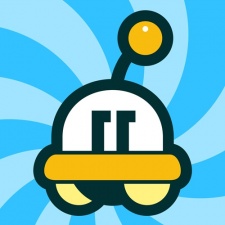 Tokyo-based games developer HAL Laboratory has touched down in the Western market with its mobile debut Part Time UFO.

The title comes from the company’s new mobile-focused studio HAL Egg and was originally launched in Japan last year under the name Hataraku UFO.

Part Time UFO is a premium action game that centres on a pick up and drop claw mechanic that has players take control of the titular UFO to help out citizens with odd jobs.

Players can also take in-game currency and spend it on new abilities and outfits. Part Time UFO features no form of in-game monetisation at this moment in time, with the flat price currently costing $3.99 for both Android and iOS.

HAL Laboratory has strong ties with Nintendo and has worked on the Kirby, Super Smash Bros and Mother (EarthBound) series’. Its more recent games include Kirby and the Rainbow Curse, BoxBoxBoy! and Kirby: Planet Robobot.

Top 10 games industry jobs to apply for this week