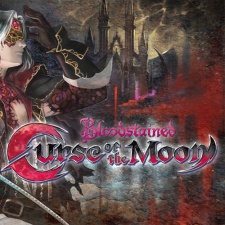 The games developer took to Twitter to announce the feat and later clarified that the downloads did not include backer codes.

It also revealed that the Nintendo Switch took the lion share of sales, accounting for 56 per cent.

Bloodstained: Cure of the Moon takes its cues from its Castlevania inspiration with a non-linear and RPG-style of gameplay.

As such, fans of the title have widely seen it as a spiritual to the Castlevania.

While Castlevania games have become somewhat of a rarity from Konami, with the last being seen in 2014, one is on the way for mobile.

Castlevania: Grimoire of Souls will touch down in Japan later this year on iOS, with a beta planned for the summer.

Gameplay on that, however, appears to be more of a departure. Grimoire of Souls has a multiplayer focus that features up to four-player co-op and competitive head-to-head modes.