Nintendo and Disney team up to put Switch on the telly 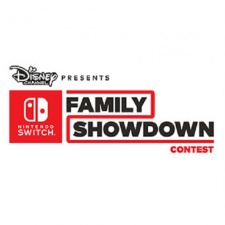 Disney and Nintendo are working together to create a televised game show around the Switch.

Nintendo Switch Family Showdown is set to air on Disney Channel and Disney XD, alongside the DisneyNOW app. Four families will face off in a variety of Switch game challenges.

“The Disney Channel presents ‘Nintendo Switch Family Showdown’, which will pit families against each other in a fun and friendly competition,” read the announcement by Nintendo.

”On a colorful Nintendo-themed set, families will compete in a series of challenges in Nintendo Switch games, like searching for collectibles in Super Mario Odyssey, competing in head-to-head matchups in Mario Tennis Aces and participating in dance-offs in Just Dance 2018.

Families can apply to take part by submitting a one-minute video to Nintendo to explain why they’re the ultimate Nintendo fans. Those chosen will be flown out to Los Angeles to take part in the show. Entries for contestants are open until July 1st.

Since it launched in March 2017, Nintendo’s Switch has sold 17.79 units. This television show will serve as a good marketing ploy to continue shifting consoles as the machine makes its way through its second year on shelves.