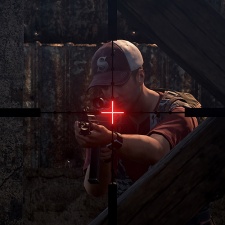 That is according to Korea JoongAng Daily, which reports that the deal was revealed by Bluehole on Thursday.

Delusion Studio is behind titles such as strategic simulation title Castle Burn, which has been top-ranked in the strategy game category on Google Play since its release in November.

Korea JoongAng Daily also reports that Chinese IT behemoth Tencent is in negotiations to purchase a 10 per cent stake in Bluehole and place the sum at around $487.6 million.

The sum is a similar figure reported by the Wall Street Journal, which claims it is in excess of $500 million.

However, The Wall Street Journal claims that Tencent has never bought a stake in Bluehole, which is a contradiction to other reports in the Korean media.

According to the Korea Herold, Tencent acquired a 1.5 per cent stake in Bluehole for $63.9 million as a part of a deal for publishing rights in China last year.

Niko Partners backed up this report and has presented information to PocketGamer.Biz that Tencent owns a sub-five per cent stake in the company.