Report suggests man has a history of stalking the same woman 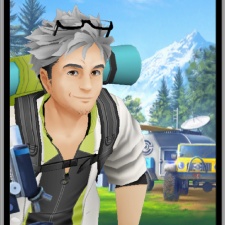 A 51-year-old man in Kobe, Japan, has been arrested on suspicion of stalking a 33-year-old woman, though he claims he was just playing Pokemon Go.

Niantic’s hit location-based mobile AR game requires players to venture out of the house to catch ‘em all.

According to Kobe Shimbun, the suspected stalker was arrested after allegedly stalking the woman outside her house. However, he claims he was simply in the vicinity due to Pokemon Go.

“I was playing Pokémon Go and just passed in front of her house,” the man is quoted as saying.

The suspect is reported to have a history of stalking and was warned by the authorities back in 2009 against following the same woman.

An employee of a school in Kobe, the man was caught out this time around when the woman in question installed security cameras and filmed the man outside her residence between May 31st and June 12th.