The open-sandbox game is set for release late 2018 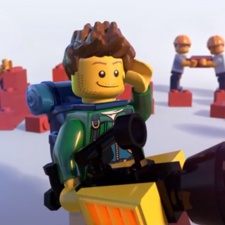 Developed by Tencent, the game focuses on creation and exploration rather than linear story and will be released in China with a tentative launch window for the end of the year.

The title was unveiled yesterday at an event hosted by the duo called Imagination Creates the World. There was no mention of the game being released outside of China.

LEGO Cube is the first game to come from Tencent’s partnership with LEGO, which was revealed in January of this year.

“We are excited to preview our first branded mobile game with Tencent Games in China.

“LEGO Cube is a platform that will enable more children and adults to engage with the LEGO brand in China, empowering them to explore their imagination and creativity in a digital world.”

LEGO China general manager Paul Huang added: “As a company with 86 years of history, the LEGO Group has always made safety its top priority, be that for our physical products or our digital experiences.

“Children are our role models, and our most important purpose is to inspire them and help them develop through play.

“This means taking our responsibility as a company very seriously since children’s safety is and always will be our most important concern.”