New licences set to be issued for fresh launches 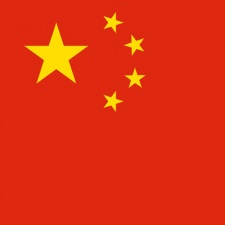 The nine-month freeze on games licenses in China has officially come to an end.

The blockade meant that developers and publishers around the world, including within the country, were unable to obtain licences to release games or monetise them.

While many companies already had previously greenlit titles they could launch, others were forced to hold off on launch. Tencent for example was unable to monetise its PUBG Mobile titles in the country, despite the games being regular chart-toppers in the download rankings.

According to Chinese games market intelligence firm Niko Partners, the Chinese Propaganda Department’s Copyright Bureau deputy director Feng Shixin confirmed the news of an end to the freeze during a speech at the China Game Industry Annual Meeting in Hainan.

The country’s new games regulator - the State Administration of Press & Publication - has now completed reforms and reinstated the approval process. The first batch of games has been reviewed and licences will be issued shortly.

It may take a while for the organisation to get through the nine-month backlog, however.

Chinese games companies have seen their stocks rise on the news.

One of the biggest benefactors is PUBG Mobile and Honor of Kings developer Tencent, which saw its stock rise by 4.5 per cent in Hong Kong.

The key announcement follows the Chinese Central Propaganda Department establishing an Online Games Ethics Committee, which is comprised of experts from various parts of Government, as well as education, media and industry organisations.

The new ethics committee’s goal is to respond to social concerns, enhance the ideological and cultural overtones in online games, and make sure developers and publishers adhere to China's societal rules.