OliveX raises $1 million to turn getting fit into a game

Funding comes from the likes of Alabaster and Antanas Guoga 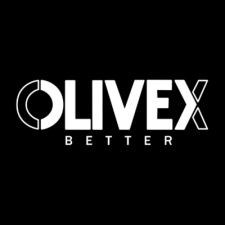 Animoca Brands subsidiary and health tech firm OliveX has secured $1 million worth of investment as the company looks to develop a gamified fitness app.

OliveX was founded in 2017 and was created to help improve health through games and personalised coaching via artificial intelligence.  company intends to use the funds to help it launch more apps in the coming years.

The $1 million backing was contributed by a number of clients including start-up investor Alabaster and Lithuanian businessman Antanas ‘Tony G” Guoga.

Alabaster founder and OliveX director Sonny Vu has been named chairman of the firm. Vu previously founded electronics consumer company Misfit before selling to Fossil in 2015 for $260 million.

Animoca Brands, OliveX and Lympo previously announced a ‘Squat for Crypto’ initiative. The idea was to get users to take part in events like 100 squat challenges which would then reward participants with Lympo tokens. The currency could then be exchanged for running shoes or personal trainer sessions.

Scandinavian professional tennis player Caroline Wozniacki headlined promotion for the initiative. In 2017 the global mobile health market was valued at $24.2 billion, according to via Mordor Intelligence. Acumen Research and Consulting estimates that the industry will be worth $152.2 billion by 2026.